In This Life was the twelfth track on the Erotica CD. Madonna was in the middle of her sex scandal. I, on the other hand, was in the middle of my sex crisis. When I played the Erotica CD, there was this one song that instantly grabbed my attention. The lyrics hit home. It seemed as though I had called Madonna and said “Madonna, I just lost my first lover to AIDS. Will you write me a song about that, please?” – “Gone before he had his time It came without a warning Didn’t want his friends to see him cry He knew the day was dawning And I didn’t have a chance to say good-bye.”

Writing the story about Thaddeus and me kept me alive. There was something very healing about remembering those early days with him. At the beginning of December 1992, I mailed out the usual 30 or so Christmas cards, and the week before Christmas I headed down to Wilmington, North Carolina, to visit my oldest niece for a few days. When I returned on Christmas Eve, I went through my mail and discovered there were a lot of Christmas cards, but nothing from Thaddeus.

I jumped in the shower so I could get ready to head over to see my mother in the nursing home, and as I was getting out of the shower, I heard the mailman put something through the mail slot. I went to the door and found an envelope on the floor. I RECEIVED JUST ONE CARD THAT CHRISTMAS EVE. The card was from Monroe, Michigan. It was from Thaddeus’ mother. Her note said that she received the Christmas card I sent Thaddeus after it was forwarded to her. She went on to say that Thaddeus had passed away back in August. Suddenly, the poem that he had sent several months back, in July, made perfect sense to me. I guess he was only a few days away from dying when he mailed that card to me. Time seemed to stop as I read her card. Once again I didn’t know what to say or what to do. I just stood there, with a blank look on my face.

Stacked in a neat pile on my dresser were several boxes (Christmas presents) containing the story that I had written about the two of us, and here I was standing in the living room holding a card informing me of his death. It felt surreal. I was in total shock. After crying my eyes out, I packed up my car and left for my hometown.  I spent time with my family that Christmas Eve, but I chose not to share Thaddeus’ death with anyone. I didn’t want to bring it up for fear of causing an argument or being misunderstood.

At this point, it had been eight years since I met Thaddeus, and six years since my last HIV test. I couldn’t bring myself to get tested again, because I had no one to support me if the test was to come back positive. I guess it was selfish for me to keep everything from my family, but at the time it felt like the right thing to do. I had always had a difficult time voicing my opinion or speaking up, but I kept telling myself that I had to continue to fight to eventually recapture the love that once existed between myself and my siblings.

In this life I loved you most of all
What for?
‘Cause now you’re gone and I have to ask myself
What for?

What for?
Driving down the boulevard
Thinking about a man I knew
He was like a father to me
Nothing in the world that he wouldn’t do
Taught me to respect myself
Said that we’re all made of flesh and blood
Why should he be treated differently
Shouldn’t matter who you choose to love

People pass by and I wonder who’s next
Who determines, who knows best
Is there a lesson I’m supposed to learn in this case
Ignorance is not bliss 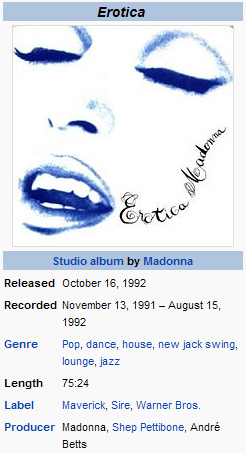