Mer Girl was the final track on the Ray of Light CD. The amazing thing about this song is that out of all of the albums that Madonna had released previous to this, she had never written a song about her mother’s death. This song came to me just in time. “Up into the hills, I ran to the cemetery And held my breath, and thought about your death.”

My mother died on Monday, January 10. Her funeral was just two days later. Everything happened so quickly; that I barely had time to write her eulogy. As I was writing my mother’s eulogy, I thought a lot about the life that she had experienced on Earth. And then I started thinking about where she was now and how different that must be for her soul.

My mother was always very private about her faith. She didn’t wear her religion on her sleeve like everyone else in her family. She had told me that she had read the Bible two times during her childhood and went to church every single week, but after marrying my father, she stopped going altogether. For whatever reason, after getting married, she didn’t feel the need to go to church any longer. I could have cared less about whether or not my mother went to church. I no longer believed in the concept of “being saved.” I think that we’re all saved to a certain degree. All I knew was that her time here was complete and her energy had returned to the source from where it came.

My mother was your typical southern woman. She was one tough lady. Just like every human being on Earth, my mother had her flaws. But her unique qualities were more significant than her flaws, at least in my eyes. My mother was a fighter and a survivor. Since I was the youngest in the family, my experiences with her were much different than my siblings. My mother had lived half of her life when I was born, so it made perfect sense that my relationship with her would be different than let’s say my oldest brother, who was 20 years older. I understood that all of that was necessary so each one of us could learn the lessons we were meant to learn. We all learned a great deal from our parents, good and bad. They’re all essential no matter how dysfunctional they may appear on the surface.

But the realization that occurred to me next was genuinely life-changing. My mother, in this new state, was no longer a woman, nor was she white. She no longer had a reason to be sexist, racist, or homophobic because these human conditions were no longer a part of her soul. She no longer had to defend the things that she had protected her entire life, mainly because they were not a part of her new existence. She was free and now able to detach herself from those human conditions.

With that said, I started wondering why any of us defend or judge one another by our skin color, gender, religion, or even our sexual preference. It’s all so very temporary, anyway. I’m sure that at the very moment that my mother passed over to the other side, she no longer gave a damn about these things. If there was anything that did matter, it was the love that she took with her. It was that love that woke me up at 1:23 in the morning on January 10, 2000. It was at this point that I started looking at people differently. All I could see were people in their “temporary” conditions, walking around defending their physical selves, longing to be needed, understood, and to be loved, but not always knowing how to go about it.

After my mother’s death, I had several intense dreams that told me that she was okay and was occasionally checking in on my family and me. I even heard of a great reunion on the other side, through a reading with Chuza. My mother was at peace, and therefore I was at peace with her passing.

The very next time I found myself on a dance floor, I closed my eyes, stretched out my arms, and thought about my mom. I thought to myself that she’d finally get to see me dance, and so I danced for her that night, and Madonna’s music was right by my side, as well.

I ran from my house that cannot contain me
From the man that I cannot keep
From my mother who haunts me, even though she’s gone
From my daughter that never sleeps
I ran from the noise and the silence
From the traffic on the streets

I ran to the treetops, I ran to the sky
Out to the lake, into the rain that matted my hair
And soaked my shoes and skin
Hid my tears, hid my fears

I ran past the churches and the crooked old mailbox
Past the apple orchards and the lady that never talks
Up into the hills, I ran to the cemetery
And held my breath, and thought about your death

I ran to the lake, up into the hills
I ran and I ran, I’m looking there still
And I saw the crumbling tombstones
All forgotten names

And the ground gave way beneath my feet
And the earth took me in her arms
Leaves covered my face
Ants marched across my back
Black sky opened up, blinding me

And I smelled her burning flesh
Her rotting bones
Her decay

I ran and I ran
I’m still running away 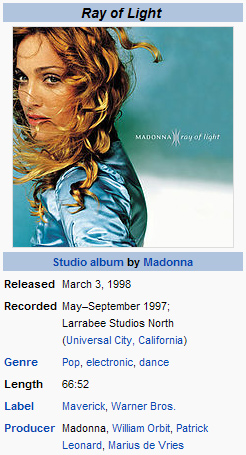