X-Static Process was the eighth track from the American Life CD. – “I always wished that I could find someone as beautiful as you But in the process, I forgot that I was special too”

It‘s difficult to say what the true meaning of life is. I suppose it’s different for everyone. One thing is for sure; life is a challenge from the moment we are born into this world until the day we leave this world. Some challenges are fun, while other challenges are not so much fun. And true happiness, well if you’re lucky, every once in a while you’ll get a quick glimpse into the world of true happiness, and in between those times, it’s just a matter of keeping your head above water. Life truly is a game. All we need to do is figure out how to play it.

By the time I returned to DC, after visiting Thaddeus’ grave in Michigan, the Flu had taken me down completely. I spent the next several days recovering in bed. I realized it was my body’s way of cleansing all of those memories of Thaddeus, that I had held onto for so long. I decided to sit it out and wait for it to pass.

It was January of 2002, and I had lived in DC for six and a half years, five of those years under the Clinton administration, and two years under the Bush administration. I was genuinely ready to get the hell out of DC. It was at this point that I decided that my mother was one smart lady. She checked out of here just in time (January 10, 2000), before George W. Bush became president on January 20th. By 2002 I was so over DC that I started spending a lot of my weekends in Philadelphia. I loved Philly and always had a good time there.

When July rolled around, I found myself taking a full-time job with the company that I had been freelancing with for about sixteen months. Even though I did not have a college degree, I found myself working side-by-side with another web designer, who had graduated summa cum laude from a local university. I found it an honor to work beside her. I decided to take the full-time position because I knew it would be easier to place another job if I was working full-time. My plan was to start looking for employment in Philadelphia. But, all of that changed when I met Levi.

I met Levi in November of 2002 and the moment I laid eyes on him I knew he had something to teach me. Levi had a commanding presence and was one of the nicest guys I had seen in a very long time. I remembered seeing him a few years back at one of the pit stops during the 1998 AIDS Bicycle Ride and thought he was incredibly beautiful. Strangely, I never saw him around town or out in the clubs, so when I ran into him this night, I made a point to introduce myself. The night I met Levi he was interested in another person, but after being dismissed, he turned his attention toward me. After a night of talking, drinking, and flirting, I gave Levi my number, and we soon started dating.

After our first couple of dates, we started spending a lot of time together. The more time I spent with Levi, the more I liked him. We seemed to have a lot in common, and there was a lot of chemistry between the two of us, which is always the case at the beginning of any new relationship. It was strange, but I was experiencing all of the same emotions that I experienced when I first met Thaddeus. I wasn’t sure if that was a good thing, or not. To make a long story short, I completely lost myself in my attraction toward him, and it wasn’t long before I fell in love.

Within just a few weeks I found myself doing things that I did not do, going places that I did not go, and being around people that I did not hang around. It was as though I had become a different person. I was not myself. I felt like I was trying to be someone different. I was so caught up in my feelings towards Levi that I kept finding myself in situations that just didn’t fit, but I was trying to be adaptable, and agreeable. Things were just a little blurry, but it was worth it because I got to be with Levi.

Jesus Christ will you look at me
Don’t know who I’m supposed to be
Don’t really know if I should give a damn
When you’re around, I don’t know who I am 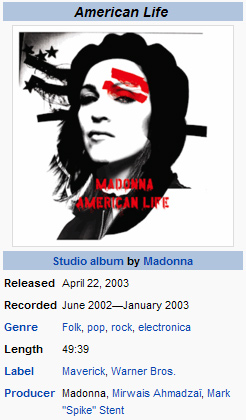