Madonna performed John Lennon’s “Imagine” for NBC’s Tsunami Aid “A Concert of Hope” in January 2005. – “Imagine there’s no countries, It isn’t hard to do, Nothing to kill or die for, No religion too, Imagine all the people living life in peace.” – John Lennon

After my six weeks in North Carolina, I was ready to continue my journey. On October 14, I loaded up my truck and headed down to West Palm Beach, Florida, for the winter. I decided that I would make Florida my first choice in finding a new place to live.

Sweeping Changes (Astrology Forecast): Now is the time to make sweeping changes, not only in your consciousness but also in the circumstances in which you live. Conditions that have been developing slowly will force major changes upon you now. If you are flexible, you will be able to start a whole new phase of life, even though you may have thought that the time for new starts in your life is past. You will have a new birth of awareness, and you will be able to deal with your life unhampered by old patterns of thought that have limited you. But if you cannot adapt and be flexible, this will be a period of great turmoil and stress as you try desperately to hold on to circumstances, possessions, and relationships that no longer have any real function in your life. What you are trying to save is not something real, it is only an illusion. The impetus for change may come through persons who present you with many upsetting surprises, all of which show that your life is no longer what it was. The key point to recognize is that this process is not bad for you, it is just upsetting at first until you get into the flow of events. It can be quite exciting and will certainly inject an element of youth into your life again, with the advantage that now you will have the wisdom to handle it properly. – Copyright Astro.com 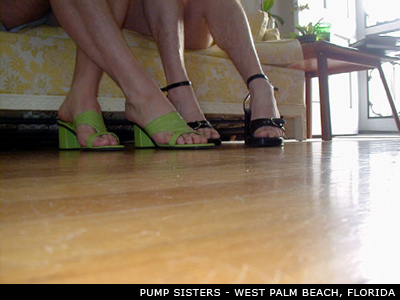 Initially, it was exciting being in a new place. Florida was the complete opposite of Washington, DC. It was the breath of fresh air that I needed. The climate was different, the people were different, and the lifestyle was undoubtedly different.

I met some fascinating people during the first two months of my stay in Florida. I met Jether who was a 24-year-old anchor for a public radio station in Miami. I met Herman, who was the manager of Roosters, a gay bar in West Palm Beach. I met Addon, who was an actor from New York City. And, I met Peter while playing Bingo at Roosters on Monday night. Peter was a Broadway actor from New York City, and was performing in “Anna in the Tropics.” Southern Florida seemed to have its fair share of culture, even if it was somewhat seasonal.

Aside from those guys, I met several Latin men as well. I met Rick from Honduras, Richard from Costa Rico and Roberto from Brazil, to name a few. They were all handsome men, and I just loved the dark hair, olive skin, and dark eyes. They were all just the right height, too.

December 4, 2004, rolled around (the 20-year anniversary of me losing my virginity – see Like A Virgin) and I took time to remember Thaddeus. I was at a club on our anniversary when the DJ played “It’s My Life” by TalkTalk, and “Together in Electric Dreams” by Oakey Phillip And Moroder Giorgio, back to back, and it was those two songs that made me think of him and remember our anniversary. I was having a great time in Florida.

One day I decided to stop in at Bally’s Fitness for a workout. That was when I ran into a guy that I knew some twenty years ago, from my days in Greensboro, North Carolina. His name was Mark. We stood in the middle of the gym floor and caught up on each other’s lives. When he told me that he was Elton John’s flight attendant, I had to laugh. Mainly because of the history between Madonna and Elton John. I thought that was a strange coincidence. Regardless, it was great running into Mark and reconnecting with someone from the past. Mark looked great, as always.

Sometime later my roommate’s ex-boss came to visit. She talked my roommate into taking his old job back in Mississippi, which forced me to search for a new place to live by the end of the month. I thought about moving back to North Carolina but decided that I would give Florida just one more chance. That week I was at the gym and ran into Roberto. He was one of the guys that I had met from Brazil. We started talking, and suddenly it occurred to me where I had seen him before. We had run into one another before my move to Florida. 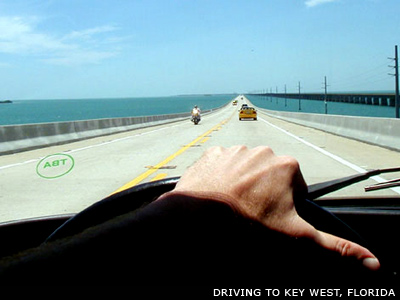 Rewind: Nine Months Earlier-April 2004-I was still living in Washington, DC, and decided to take a trip to southern Florida to visit my friend, Joanna, and her family. During the West Palm Beach portion of my trip, I briefly met Roberto one night in a dance club. He was out with some of his friends. I thought he was handsome, but I was too drunk to talk to him, so instead of introducing myself, I handed him my phone number. I returned to DC a few days later and was disappointed that he never took the time to call.

I moved to Florida six months later. After being there for just a couple of weeks, I ran into him again. He looked familiar, but I could not remember where I had seen him before. We exchanged email addresses and emailed each other once or twice, but never took the time to get together. As I was talking to him in the gym that day, it dawned on me that he was the guy that I wandered upon during my vacation six months earlier. Roberto and I chatted for a few minutes in the gym, and he asked me out to dinner, and to a movie. I accepted. That evening we hung out together and had a lovely time. I didn’t know it at the time, but I would spend the rest of my time in Florida with him.

In getting to know Roberto, I discovered that he had a fascinating life of survival himself. He was born in Brazil but raised by his neighbor because his mother was very negligent, and his father abused him when he was a child. By the age of 13, both of his parents were deceased. A monastery adopted him, and several years later he became a monk. At the age of 19, he moved to Miami, Florida with the monastery, where he continued to live like a monk until he was 25 years old. At that point he left the monastery, admitting to himself that he was gay. He could barely speak a word of English, he didn’t have any work experience, and so he lived on the streets of Miami where he survived by moving from place to place, person to person. Then he met his current boss who took him in, gave him a job, and made him manager of his business.

Roberto was the first Buddhist that I ever met. I had the opportunity to learn about his faith, and that was a tremendous experience for me. I loved learning about new cultures and new religions. I had friends that were Jews, I knew a couple of people that were atheists, I knew a few agnostics, and several pagans. Everyone’s faith and belief system truly fascinated me. It was at this point that I started questioning whether or not there is truly a God out there that expects every human being on Earth to come to one conclusion regarding faith. To me, it felt like an unrealistic expectation. Roberto was the perfect example. Why should he give up his belief for another, when all he’s ever known is his current faith. How could God, or Christ ask this of him? This concept did not make sense to me. And what I really couldn’t understand is why any God, or son of God, would want to create such a rule in the first place. Why was it so important to Christ that everyone believe in him, and only him? And, if he is such a loving soul, why would he expect that? And why would he condemn those that couldn’t meet his expectations, to hell? None of it made sense to me. I questioned whether this was the real intention of Christ, or if someone else’s belief. I continued to believe in Christ, but I respected Roberto’s faith in Buddhism, too.