Forbidden Love was the seventh track on the Confessions DVD. – “Forbidden love, Are we supposed to be together, Forbidden love”

I had concluded that the universe allowed us to create whatever reality, faith, or path to enlightenment we choose. I believe that we are given the free will to experience our version of God. Some people prefer Christ. Some people prefer the Buddha. Some people Allah, while some people choose Atheism, and so on. Some people experience God and create loving, caring, nurturing realities, while others experience God and create a destructive, oppressive, angry, fear-based reality. It comes down to each individual and the intention within their soul, not so much their God, religion, or faith. The same can be said for politics.

We all are co-creators in this thing called life, and because of that fact, we all have the potential to create as many different versions of God, as there are people on the planet. Out of the billions of people that live on this earth, there’s the potential for creating billions of different versions, or variations of God. All of the things that I’ve experienced and summed up in this story would be just one conclusion as to what God is or could be. The same goes for the two guys standing in the middle of the street yelling Bible verses, and the same goes for the lesbians riding their motorcycles. We’re all experiencing God on very different levels, in many different ways, all at the same time, collectively.

Once I finally arrived at my destination, I parked my car, walked down the path into the woods, found a place to spread out my blanket, and began listening to a new CD. As I lay there on my blanket, with no one around, listening to my CD, I felt like I was in complete harmony with everything around me. The clouds, the sun, the trees, the grass, my body, the breeze, everything around me seemed to be as one. It felt very peaceful. After I had been there for a few minutes, a dragonfly landed very softly on my right foot.

It scared me at first, but once I realized what it was, I knew it was there to deliver a message to me. When I got home that evening, I looked up the meaning of dragonfly. Dragonfly’s wisdom includes: Mastery of life on the wing – Understanding dreams – Breaking down illusions – Seeing the truth in a situation.

I knew at that point that I was correct in my thinking. I hoped for unity, for everyone.

The written portion (story) of this Web site, as well as the photographs, have been copyrighted against plagiarism. However, the Madonna images, album covers, audio samples, and song lyrics are the property of Madonna, Icon, Live Nation, or Warner Music and used without permission, but is necessary to express how the music is closely tied to the storyline.

To discuss how you connected with the songs in this chapter become a Patreon member by clicking on the following image.

Just one kiss
Just one touch
Just one look 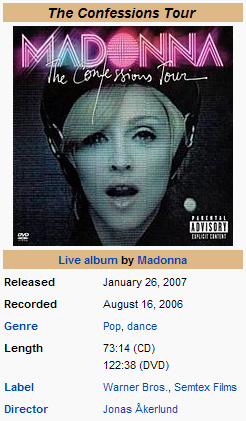