Persian poet Rumi, who is now one of the most widely read poets in the world. Worded by Andrew Harvey (renowned scholar, author): “Rumi is the slave and hero of love, who can help us find in our battered heart’s passion and faith…”

Soul Retrieval: Soul Retrieval is the recovery of soul parts that a person has lost somewhere, or that were stolen or borrowed by somebody else. The objective of a Soul Retrieval is to make the person more whole and more present. The idea of Soul Retrieval originates in ancient shamanic practices. American Indians would do it in drumming ceremonies where the shaman would travel off into the past or alternate realities and find the part of the person that was missing and invite it to come back.

Confinements (Astrology Forecast) During this time you may have fewer resources available for doing what you want, and you may have to focus the available resources on more restricted and concentrated objectives. The effects of this influence are several. First, the structure in your life will change significantly, but not suddenly or without warning. The changes brought about during this time are inherent in what is being changed if you look carefully. It is rather like an inevitable conclusion of a situation. During this period some things will come to an end or an old order of life will cease. On a metaphysical level, this influence means that factors are now being incorporated into the structure of your life that will later bring about evolution and growth. This process involves getting rid of old structures. Build new structures to correct the problems you face now, and concentrate all your energy on bringing about the necessary evolution in your life. Copyright Astro.com

A month later, during the new moon and solar eclipse of September 11, 2007, and after several months of careful planning and consideration, Dolos helped me pack up my things to ship to New Mexico. I had completed my time in Oregon. I wasn’t sure what New Mexico had in store for me, but my only hope was that I would end up in a place that would be as nice, if not more beautiful than my apartment in Portland. Out of all of the places that I had lived, my apartment in Portland had been my favorite. The nice thing about living in the Sovereign was the fact that it was part of the Oregon Historical Society complex and was located in the heart of the theater district. The apartment building had a lot of charm. Some of the residents had lived in the Sovereign for over thirty years. Another exciting thing about the Sovereign was the fact that the building started out as the Sovereign Hotel back in 1923, which just happened to be the year that mother was born. The first time I noticed the magic numbers on the historical register, I knew it would be a safe place to call home, if just for a little while. It indeed was my sanctuary during my time in Portland.

Once again I was about to move to a part of the country that I had never visited before, and I would do this sight unseen. Just like my move to Portland, I wouldn’t know anyone or anything about this part of the world. Luckily, I didn’t have to worry about finding a job, because I was still telecommuting with my current job. I guess my biggest concern was the big change in climate and my natural surroundings and what the move would do to my relationship with Dolos. I decided that my next journey would start out in the Santa Fe, New Mexico area.

After consulting with several spiritual colleagues in Portland and discussing the move in great detail with Dolos, it was clear that all of the signs (and my heart) were pointing to the New Mexico area. Dolos and I both felt okay with the move and decided that we would take things as they come. We agreed that for the first time in our lives we were both grounded enough spiritually that no matter what the outcome, our spiritual bond would remain intact. We surrendered everything to the spirit.

A large part of me didn’t want to leave Dolos and Portland. New Mexico would allow me to visit a place that I had always wanted to visit, Santa Fe. After months of “watching for signs” I accepted the Spirit’s invitation to move. I offered my gratitude for everything that took place during my time in Portland. I said goodbye to all of my friends in Portland and headed to New Mexico. 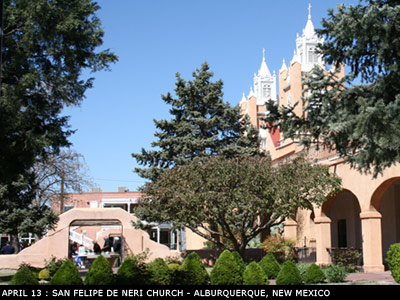 I arrived in New Mexico on September 15, 2007. That evening I checked into my hotel room, which Cyrus arranged for me. The room was extra, extra nice, and just what I needed after a rough day of flying. Before I got too comfortable, I decided to go out for some groceries and stopped by the front desk to retrieve directions to the closest grocery store. I stopped by the business center to check my email and discovered the following email in my Inbox.

Last night my partner and I joined our dear friends Nicolas (Thaddeus’ brother) and Priscilla for a fun evening of drinks and dinner in downtown Monroe. The four of us have been close friends for a number of years and have enjoyed many special times together in Monroe, Mexico (Cabos San Lucas), and south Florida. We have also supported each other through the challenges of life—the loss of parents, friends, and family. We share the special bonds of both joy and tears. Last night Thaddeus came up in the conversation. By way of background, I didn’t know Thaddeus growing up in Monroe, but my partner Samson was a class behind him in elementary school and high school and lived a few blocks away. Samson and Thaddeus were on the Monroe Junior High and Monroe High School swim teams together. Samson remembers Thaddeus as one of the best looking kids around and one of the nicest. (I went to Monroe’s Catholic schools, which, by and large, generated an entirely different social network at that stage of life so I did not cross paths with Thaddeus.)

Samson went to the University of Miami after high school graduation in 1974 and spent the next ten years primarily in Miami, returning to Monroe to support his parents when his father was very ill with cancer in 1984. After Samson’s father died, Samson eventually moved back to Monroe and became involved with me in a number of community organizations, including the United Way. In the context of planning some fundraising events, we became acquainted with Nicolas and Priscilla, who are a few years older, and really hit it off. Nicolas and Priscilla are vivacious, high-spirited and passionate about life, and we have shared a broad spectrum of adventures and good times. From time to time, my partner and I have had conversations about Thaddeus and about the fact that we really wished we had crossed paths as adults and had an opportunity to know each other and share our life experiences. Priscilla had tried to arrange a meeting whenever Thaddeus was in Monroe, but timing never seemed quite right and it never worked out.

After last night’s brief conversation about Thaddeus with Priscilla, I realized that Priscilla was reaching out to us to try and understand some things about Thaddeus…things that we are simply not in a position to answer. It made both of us feel this tremendous sense of loss and of mystery. We had both gone to the funeral home when Thaddeus had died acutely aware that Thaddeus’ death was emblematic of an entire generation of young gay men, this one from our own community, but sadly we didn’t know him, and were paying our respects as an outgrowth of our growing friendship with Nicolas and Priscilla..This morning we talked about Thaddeus again. We both said again how sorry we were that we didn’t know Thaddeus and didn’t have an opportunity to share our common connections and experiences. And then, on the off chance that there was something about Thaddeus on the internet, something that could bridge the time and space, I executed a simple, straightforward google search – “Thaddeus (last name removed for protection) “. I have been intermittently conducting family genealogical research on both Samson’s family and mine and have been amazed by the resources and information available on-line. So, with that in mind, I hit the search button which led me straight to you and, in so many ways, to Thaddeus. In fact, your incredible web site was the one and only hit!

I read much of your story out loud to Samson and we have been so moved by your power, honesty and eloquence, and by the knowledge that Thaddeus had such an incredibly loving relationship with you. Your visit to Monroe to see Thaddeus’ grave site had in us tears and reminded us so vividly of the family and friends that we have lost. You have beautifully captured some universal themes about our generation and will undoubtedly empower many others with your personal search for meaning. Your last entry indicates (rather amazingly) that you are moving to Santa Fe, New Mexico today, September 15th, 2007. I believe deeply in synchronicity, so I don’t think this is just a coincidence. I’m sending a message, and in many ways it’s just as much as message from Thaddeus as it is from us. May your latest life adventure and journey begin with the knowledge that you have deeply touched us in Monroe, Michigan, and that the love you shared with Thaddeus continues to reverberate in the universe. – Will and Samson

In my hallucination
I saw my beloved’s flower garden
In my vertigo, in my dizziness
In my drunken haze
Whirling and dancing like a spinning wheel

I yearn for happiness
I ask for help
I want mercy
And my love says:

I am your moon and your moonlight too
I am your flower garden and your water too
I have come all this way, eager for you
Without shoes or shawl

Oh sweet bitterness
I will soothe you and heal you
I will bring you roses
I, too, have been covered with thorns 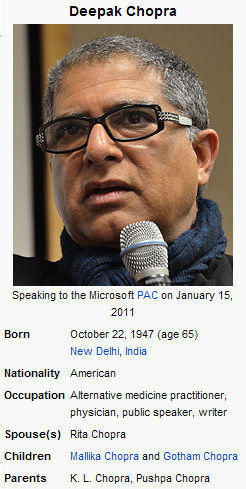