Will and Samson’s message had me in tears. I guess I had a lot to be emotional about my first day in New Mexico. After all, I had just moved halfway across the country and left several people behind that was very dear to me. Suddenly, I found myself in a strange place, and the only person I knew was Joseph; a Spanish Catholic guy who I met through a roommate ad on CraigsList.

After a good night’s sleep in my plush hotel bed, I woke up the next morning completely refreshed. After a warm shower and a healthy breakfast, I packed my bags, checked out of my room, and hit the ground running. I spent that morning checking out various neighborhoods in Albuquerque. My first impression was that Albuquerque was not my type of town. It didn’t even feel like the United States. I kept thinking to myself if Portland was my favorite city in the United States, Albuquerque had to be my least favorite. While I was driving around, I called Joseph and made arrangements to meet him at a hotel parking lot off the Interstate. We met a few hours later, made our brief introductions, and then followed each other to the airport so that I could return my rental car. Once I dropped off my car, we spent the next fifteen minutes briefly getting to know one another. Joseph drove us back to his house in Rio Rancho, a small bedroom community between Albuquerque and Santa Fe. Joseph was not only a handsome guy but very friendly and very personable. His house was really spacious and very well decorated.

Within a few days, I had settled very comfortably into one of Joseph’s extra bedrooms. Joseph did an excellent job at making me feel at home. While I waited for my furniture to arrive, I spent the first few days getting to know Joseph and learning my way around my new neighborhood. Since I did not own a car, Joseph was kind enough to loan me his extra truck.

The very next week Joseph’s mother was passing through town on one of her Mary Kay sales trips and decided to stop in and spend the night with us. His mother was a devout Catholic and full of energy. She was a lot of fun to talk to, and I could tell she was one of those women who regularly had a lot going on. During her brief visit, she told us about an upcoming event at the Taos Pueblo, called San Geronimo Day. Since I was new to New Mexico, she thought San Geronimo Day would be an excellent opportunity for me to soak in the local culture and witness some of the local Native American traditions. Without going into any details about my Native American experiences in Oregon, I told her I was very interested. A week later Joseph, his friend Bernice and I met Joseph’s mother, father, and their German exchange student in Taos, New Mexico, where we attended San Geronimo Day.

Since Joseph’s mother did a lot of trading with the Taos ladies, she was able to sneak us into the pueblo for free, and we were able to sit down and have lunch with an actual Taos family. I kept pinching myself, making sure that I wasn’t dreaming. Just two weeks ago I was packing my things up and leaving Portland, and now I found myself eating a traditional Taos lunch, in a conventional Taos home. I spent the entire time staring at all of the family portraits, handmade Indian crafts, and the beautiful Eagle feather hanging in the living room window. I was in complete awe.

After lunch, we all walked down to the village, which was at least a thousand years old, if not older. For me, it was like stepping back in time. My first reaction was that I had experienced a past life here. As I crossed the small, wooden bridge that stretched over the stream that ran through the middle of the village, I felt like a part of my soul had returned home. I kept having the feeling that I was watching a rerun of a movie I had seen before. It didn’t feel like deja vu; it felt much more familiar. I couldn’t explain it, but it felt like a glimpse into the past.

Once we arrived in the center of the village, we all split up and went our separate ways. I walked around and talked to tribe members from other tribes, who had driven in from parts of New Mexico, Utah, Colorado, and Arizona. They had come in for the day to sell their crafts. I saw some fantastic jewelry, pottery, drums, and various handmade crafts, that were incredible. I felt like a kid in a candy store. Although I wanted to buy everything, I settled for a beaded Macaw feather from a Native American named, Damascus. I figured this feather would make a great addition to my feather collection; which included the feather Pasco blessed for me during my first sweat lodge in Oregon (See Hung Up), a hummingbird feather that I found on my balcony in Portland, and an owl feather that I discovered during one of my many hikes in Oregon. Although the Macaw feather only cost me twenty dollars, I knew it would become a priceless addition to my collection. It would always remind me of my day in Taos.

Several days later, on October 2, 2007, I moved into my apartment in Santa Fe. And two days after that my new camera arrived. This new camera was much more beautiful than the one that I had dropped in the water, back in August. Later that evening I picked Dolos up at the Albuquerque airport. He flew in from Portland, and we spent the next four days celebrating his birthday. His birthday package included a day trip to Taos, a trip to the top of Sandia Peak, via the Sandia Tramway, a night of gaming at the Sandia Casino, and a beautiful drive to the Rocky Mountains to see the Aspens. I wanted Dolos to have a memorable birthday. We had a nice four days together. 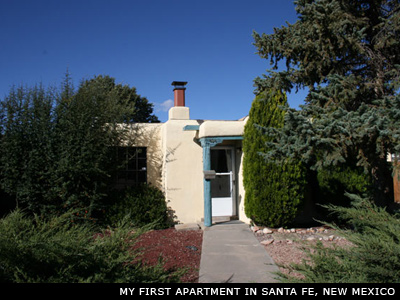 On October 7, I drove Dolos to the Albuquerque airport for his return trip to Portland. As he removed his luggage from the trunk of my rental car, I began to cry. I could barely say goodbye to him. I wasn’t sure when I would see him again, so I became very emotional about his departure.

I spent the next couple of weeks getting to know Santa Fe on a more intimate level, and during that time, connected with a local, gay artist who had lived in Santa Fe for over twenty years. His name was Joel. Joel and I became instant friends. Spending time with Joel gave me the opportunity to see Santa Fe on a serious level, and through the eyes of a single, gay man. Quickly, I discovered that Santa Fe was perfect for partnered gay men, but not such a great place for single gay men. And Albuquerque, well, forget it. It was not my type of town.

The more time I spent in Santa Fe, the more I realized it had a lot to offer when it came to art and Native American crafts, but I knew that would not be enough to sustain me over a long period. I needed to be around openly, gay people. All of the gay people in Santa Fe were either partnered (but secretly looking) or completely closeted, and neither of those lifestyles interested me. I began to have second thoughts about staying in New Mexico, and I began to wonder what type of goose chase my spirit guides were leading me on. Then it occurred to me. Perhaps my trip to New Mexico was nothing more than a six-week extended vacation. Maybe it was just the starting point for my latest reincarnation. Either way, I was very grateful for the flexibility my job offered while I tried to figure everything out.

Since I had signed a month-to-month lease, I decided to run an ad on CraigsList to find someone to take over my contract. Instead of trying to decide if Santa Fe was the right place for me, I gave up my lease, placed all of my things in storage, and headed to North Carolina for November and December. I decided I would work from my sister’s house during those two months, while I tried to figure out where I wanted to live.

I departed for North Carolina on Saturday, October 27. My flights from New Mexico to North Carolina were uneventful, but I became somewhat concerned when I saw the dried-up lakes and river banks, as we flew over parts of Mississippi, Alabama, Georgia, South Carolina, and North Carolina. It was devastating. The drought had a firm grip on the Bible Belt, and it made me wonder if there was something besides nature and global warming that was causing the devastation. I wondered if mass consciousness had something to do with the drought, too.

I arrived safely in North Carolina and spent the next month visiting family and friends. I returned to Washington, DC to pay a visit to a few friends and took the time to go to services at the Arlington Metaphysical Chapel. It was during this visit that I began thinking about my upcoming Soul Retrieval, which I had scheduled with a shamanic practitioner by the name of Dinah. 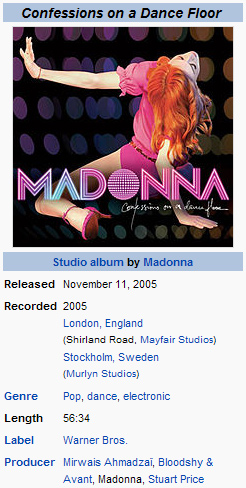