Beat Goes On was track number eight from the Hard Candy CD. “Say what you like, Do what you feel, You know exactly who you are, The time is right now, You got to decide, Stand in the back or be the star.”

The following night, on January 22, Madonna performed Like A Prayer for A Hope For Haiti Now. I once again remembered my long history with that song.

Later that night, after watching Madonna’s performance, I returned to my sanctuary, the dance floor, and prayed for everyone in Haiti. I was devastated by all of the destruction and suffering that was taking place there. I also used this night out to prepare myself for my return trip to North Carolina mentally.

While dancing that night, the DJ played a dance remix of Madonna’s latest single, Revolver, that was utterly mind-blowing. I had a tough time containing myself on the dance floor. My spirit soared like an eagle, my body floated across the floor, and for a very brief moment, I completely forgot about the fact that I was unemployed, and would soon be homeless.

I had already given my landlord my 30-day notice and was scheduled to move out of my apartment the following month, on February 15. I had just 23 days to figure out exactly what I was going to do, and which direction I would take to North Carolina. Since it was the middle of winter, I knew that I had to take the southern route through Oregon and California, and then head east across Arizona, New Mexico, and Texas.  That’s as far as I had planned things in my mind.

Because Madonna was about to end her 24-year relationship with ©Warner Brothers, I prepared to say goodbye to Madonna and Chris once and for all. It would not be my final farewell to Madonna’s music, however. My love for Madonna’s music would go on as long as songs continued to pour from her soul.

Flashback: Everybody – “Hi, my name is Chris. I love to dance. The first time I danced in public was in broad daylight, in the Cum-Park Plaza parking lot. Cum-Park Plaza was a small shopping center in my small hometown, Burlington, North Carolina. I was on my way to Rose’s Department store when I noticed a group of people gathered in the parking lot, dancing to loud disco music. There were about twenty people inside the roped area, getting down to tunes like Funky Town, Knock on Wood, That’s The Way (I Like It), The Beat Goes On by the Whispers, and my favorite, Let It Whip, by the Daz Band. I stood around for a while, watching everyone dance, and then looked around to see if I recognized anyone. When I was sure I didn’t know anyone, I walked into the center of the roped-off area and joined the party. I remember doing the bump with a girl I had never met. I was sixteen years old.”

At times it felt like it was just yesterday that I was doing “the bump” with some stranger in a parking lot in my hometown, while other times it felt like it was many lifetimes ago. I guess life could be weird like that; everything seems to run together, but at times can feel so spread apart, just like a dream. I suppose if there was anyone thing that got me from one moment to the next, it was my undying love for dance. Dancing had always been my greatest healer.

You would think that after experiencing so many breakups and breakdowns over the years my heart would eventually grow numb and stop recovering. That wasn’t the case. My heart always found a way to mend itself. And instead of becoming smaller and weaker with each experience, it grew larger and stronger. All I knew was that I cared very deeply for each soul that my path crossed. And as much as it seemed at times that we were all playing games with one another, I still found a way to leave a small piece of my heart with each soul that I encountered. And in turn, I ended up carrying a small portion of their heart with me. For me, this exchange was what my life was all about.

And even though I’d never settled down long enough to get married during the writing of this story, I had to stop and realize that my life wasn’t over. I still had enough hope deep inside of me to think that this might happen someday. After all, even at the age of 47, I still had plenty of love to offer.

The following morning, I woke up, sat on the edge of my bed, and tried desperately to recall all of the details of a dream that I just had moments earlier. For the life of me, I could not remember anything about the vision. After a few minutes of meditation, the fog in my head finally lifted, and details of the dream started slowly coming back to me.

The dream was telling me that it was now time to embark on my 72 Days of God journey, which my spirit guides and teachers had informed me about several months back. Suddenly, all of the events of the last couple of months started to make sense. I decided right then and there that I would begin my journey the day after I moved out of my apartment, on February 16.

I spent the next several weeks deciding what to do with my “stuff” and used this time to search for a canopy to go on the back of my truck. Once I found the canopy, I then begin figuring out a way to install a bed and a place to store my clothes and bare necessities. I also had to make room for a cooler to fit in the back seat of my truck so that I could have cereal and milk every morning on my adventure. After weeks of solid preparation, I was finally ready to set out on my journey.

On Saturday, February 13, I went out for a night of celebration and dancing and prepared for my departure.

[Kanye]
Here’s a impromptu i want you
I’m going to tell you what i want to do to you
Your girlfriend she wants to
Beautiful
Just flew in from paree
Voulez vouz?
And the city that don’t snooze
Smooze amongst the whose who’s
And I use my celeb to get this one home
Why everything that feel so good gotta be so wrong?
Gimme room now
I’m like a vampire on the full moon now
And I don’t know about you now
But I think I wanna try something new now
See what I do now
And when you’re sat down
Uh, cos you was losing your breath now
Uh, cos you be doing it to death now
She be doing E to F now
What’s left now?
Mr. West now
Can you get any more fresh now?
I think I just did, just now
Talking my shit, that’s how
I’m a professional, I admit that
Flashing lights show I live that
Fame is a drug, wanna hit that
Cos they know exactly where to get that
Did you get that?

On and on
The beat goes
On and on

[Kanye]
Cos they know exactly where to get that
Did you get that? 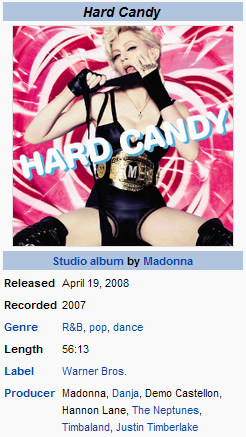