While working on ACT X – 12 Years 345 Days, fond memories of Madonna’s Confessions On A Dance Floor era popped into my head completely out of the blue. That album was released on November 9, 2005. I was living in Portland, Oregon, and it was a year after I began writing The First Transfiguration – For Inspiration – Madonna and Chris.

It had never dawned on me before but Madonna must have begun working on that album around the same time that I presented the first rough draft of Madonna and Chris to one of her fansites in the UK back in 2004.  Considering the fact that the first chapter began in the early 1980s and talked about how her music and the dance floor had basically saved my life back in those days, I could have very easily titled my story, Confessions On A Dance Floor.

I wanted to revisit June 5, 2006, and look at that show from a different perspective.

On December 29, 2020, I put the following words in YouTube’s search engine. “Madonna Confessions Fresno.” What happened next was very strange, to say the very least.

A video titled CT FRESNO appeared at the top of the page and the thumbnail used for that video showed Madonna looking directly at me and the guy I went to her show with. Stranger still was the fact that the length of the video was 1:52:34.  (My numbers!)

What blew my mind the most was the fact that the author decided to use that image as the thumbnail. It was so strange! (Click on the following image to watch the video.) 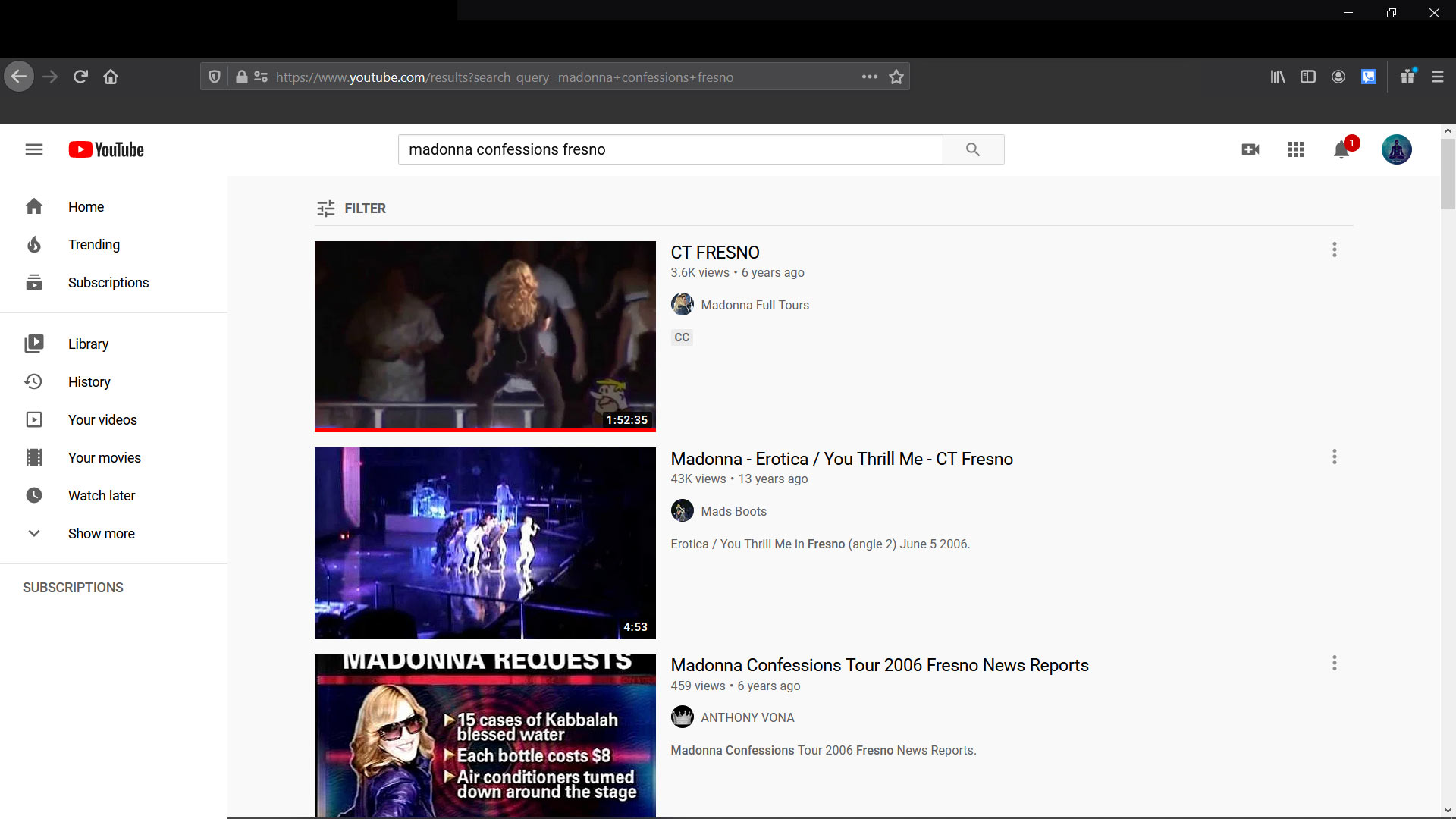 Once I got over the fact that I appeared in the thumbnail I went through the entire video to capture screenshots of other instances where we appeared with Madonna.

Our encounter of the first kind took place at the 7:16 mark during the song Future Lovers – I Feel Love.  Madonna passed right by us. 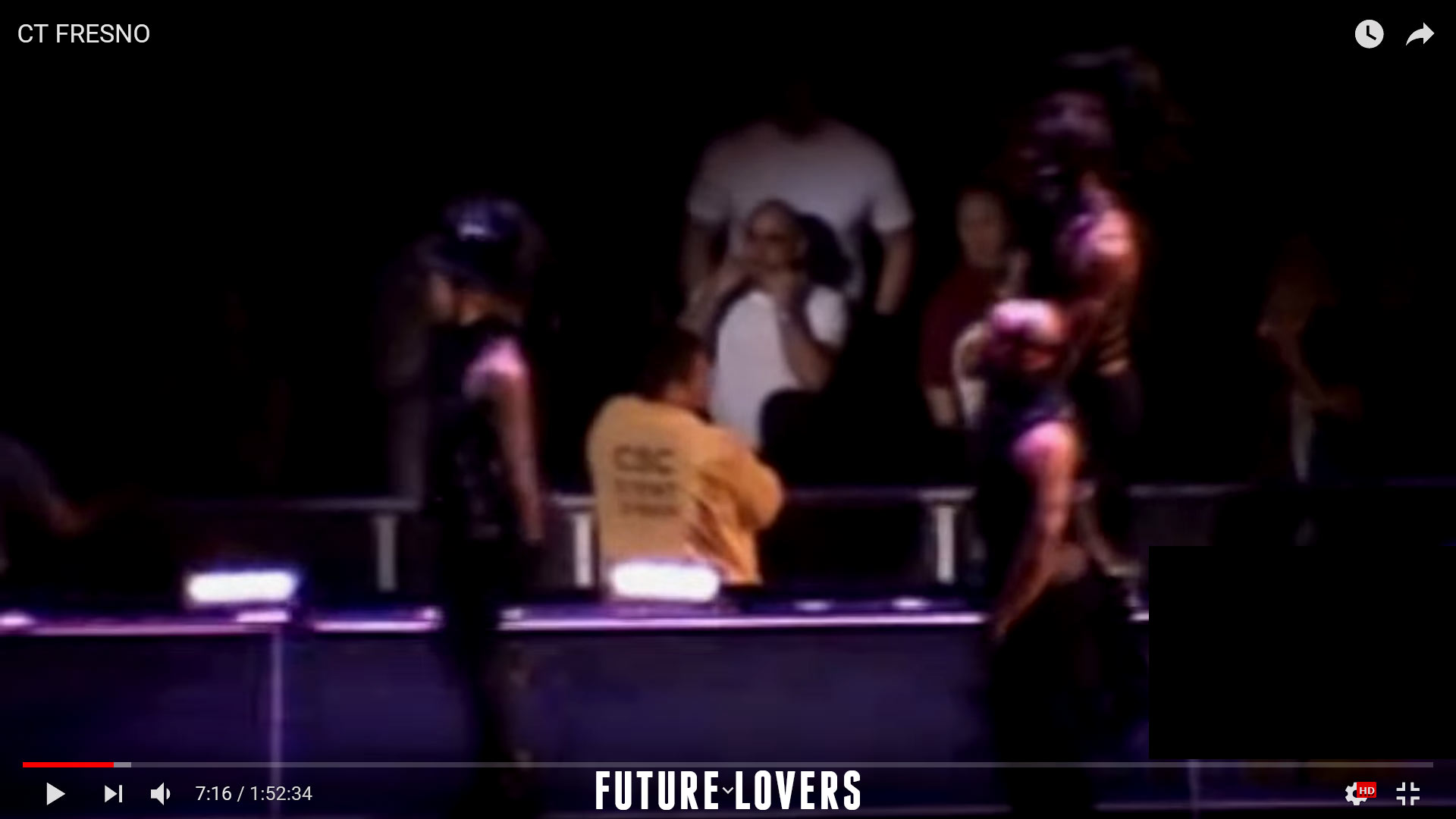 Our encounter of the second kind took place at 7:16 and I remember this moment like it was yesterday, Madonna looked directly at me as she sang the lyrics “If it’s bitter at the start, it’s sweeter in the end!” from her performance of Get Together. (Visit Get Together from Chapter One.) 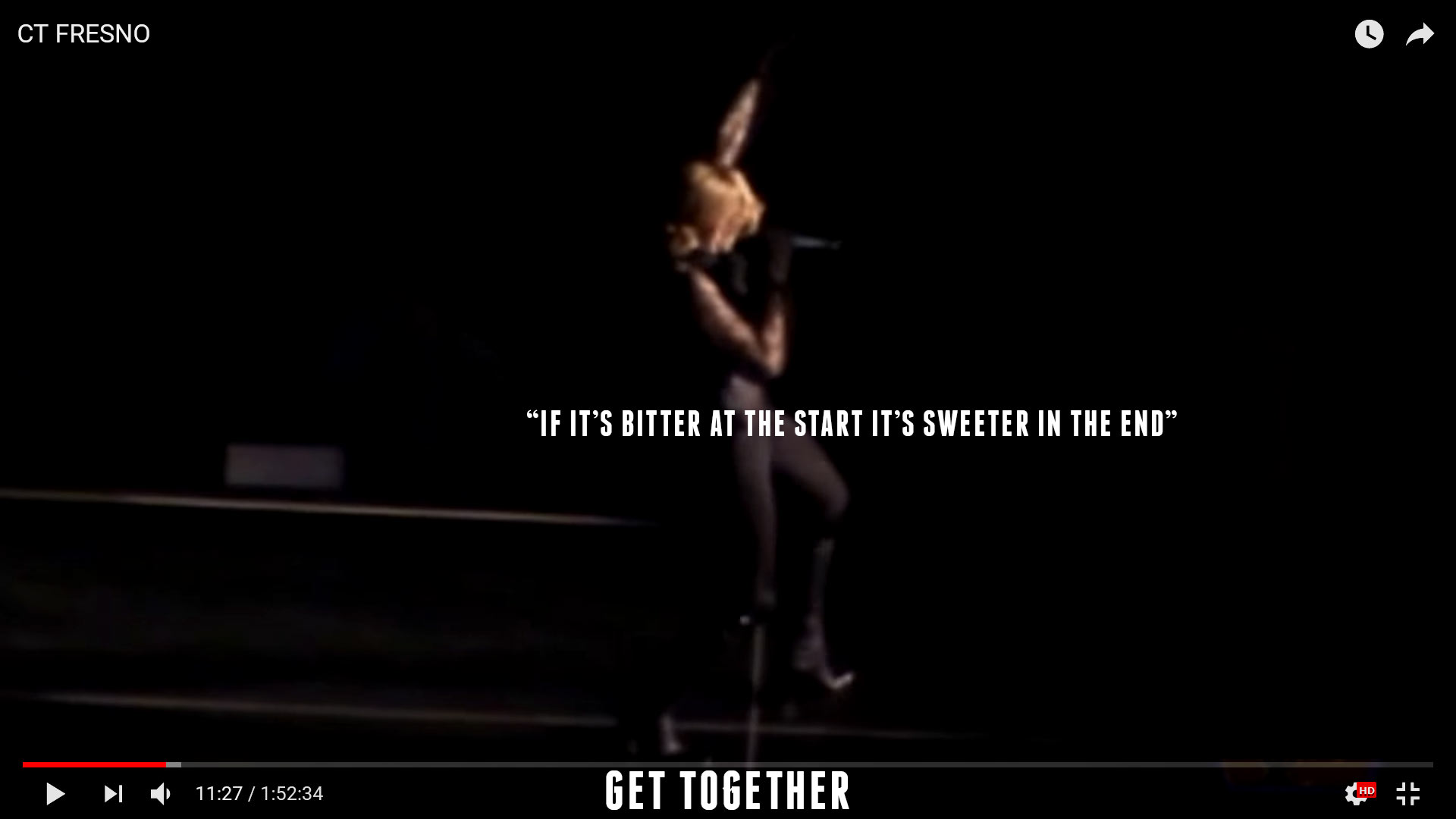 Our encounter of a third kind took place at 39:24 during the song Isaac, which didn’t have much of an impact on me back in 2006, but had a completely different meaning by 2020. (Was I Isaac?) 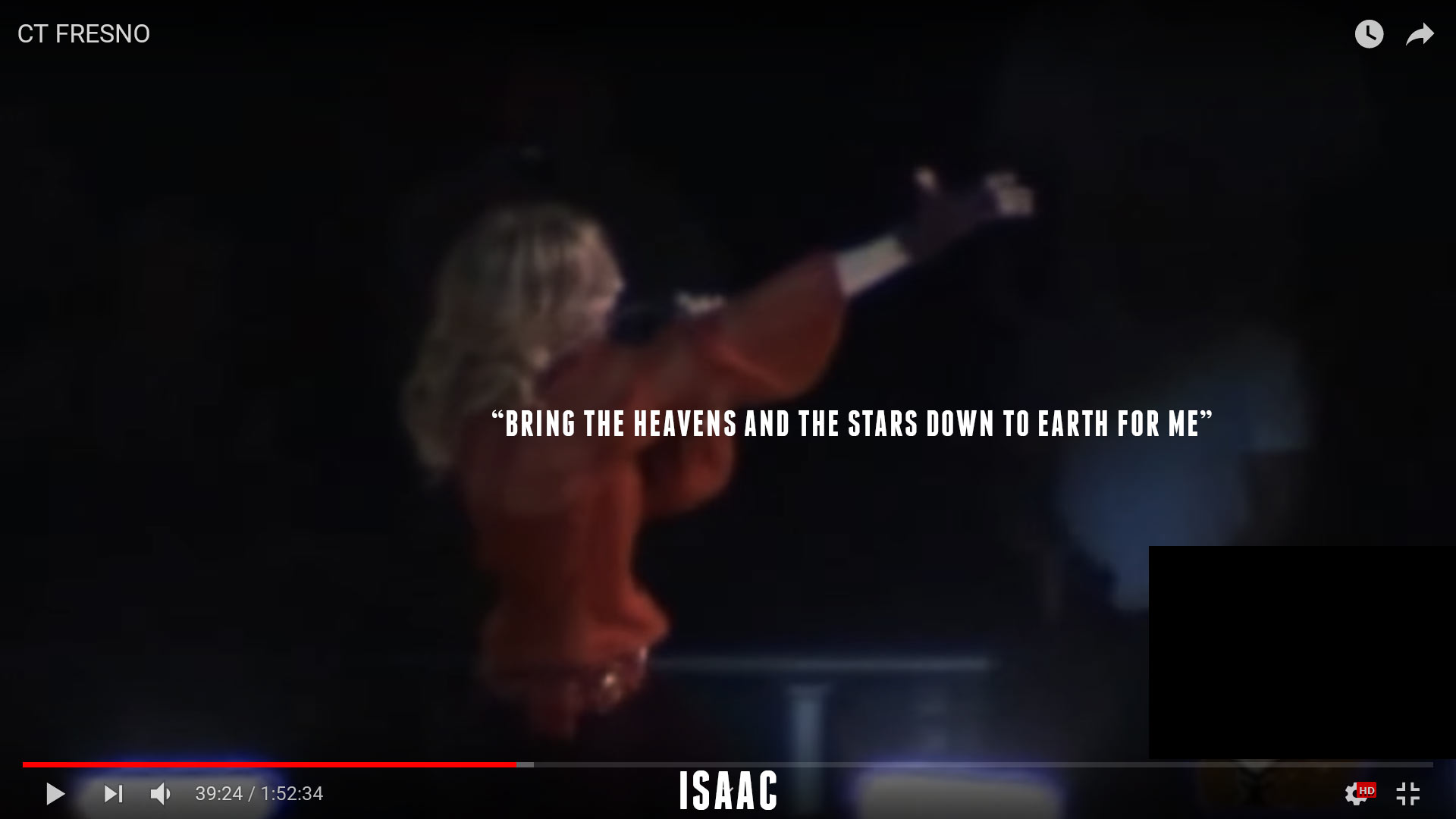 Our encounter of the fourth kind took place at 1:09:18 during the song Let It Will Be, which the author used for the thumbnail of the video. 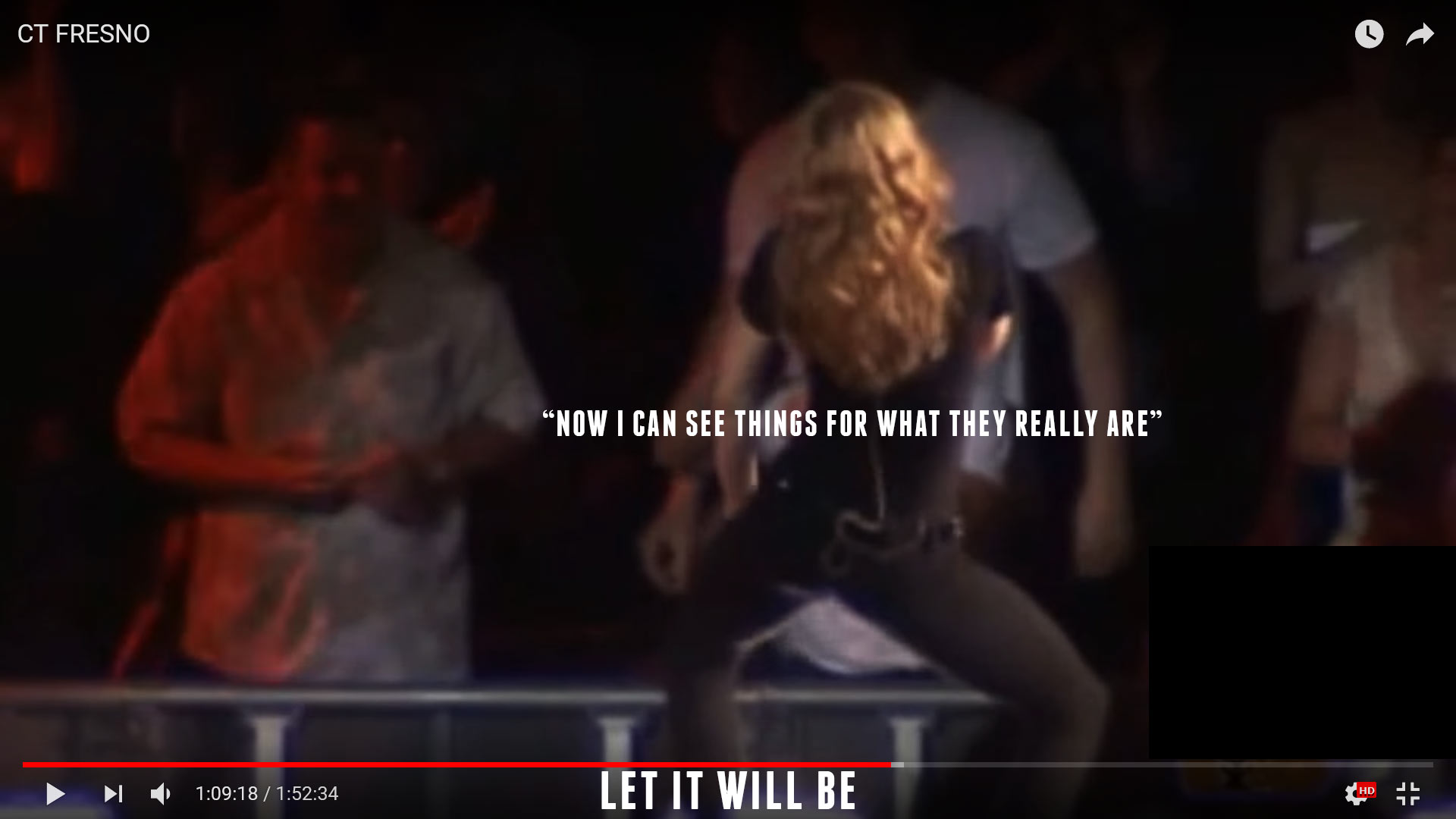 And our most special encounter of the night happened at the end of the show at the 1:51:32 (my numbers) mark during the song Hung Up, which blew us both away on that summer night back in 2006. 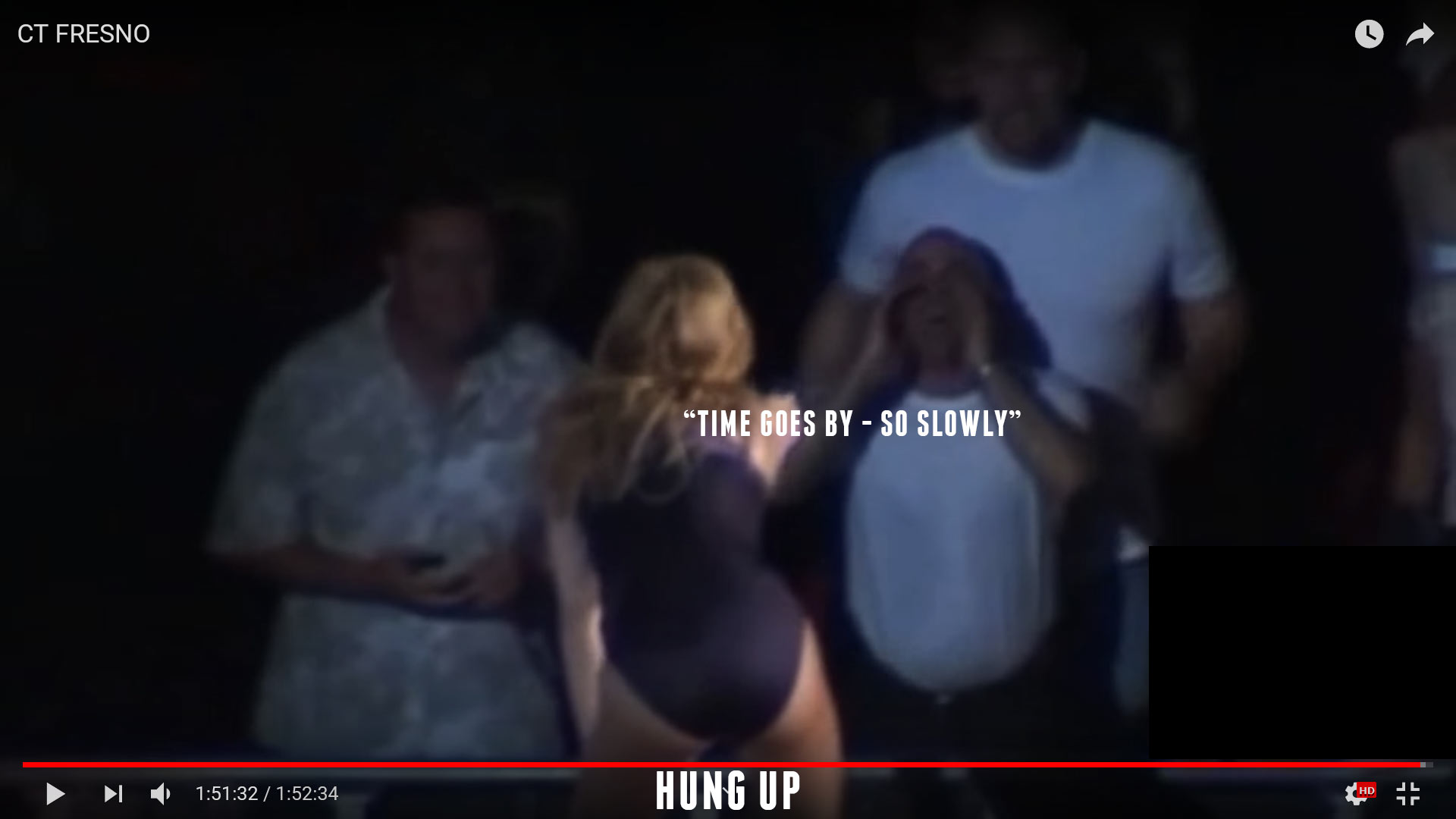 Every little thing that you say or do
I’m hung up
I’m hung up on you
Waiting for your call, Madonna.
Night and day
I’m fed up
I’m tired of waiting on you
But I’ll keep waiting…