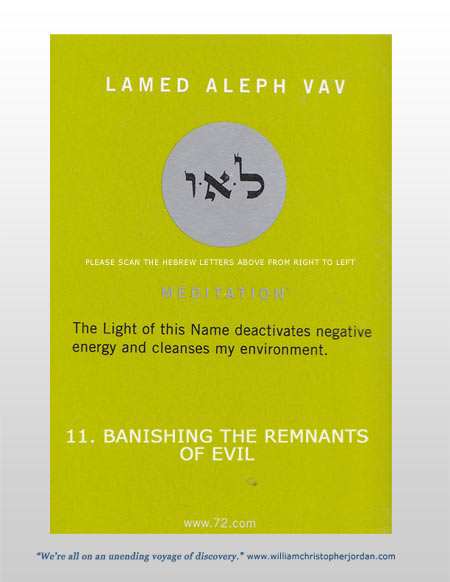 I woke up this morning completely refreshed and ready to continue my journey.

After my usual bowl of cereal and my daily dose of ginger, I logged on to my computer and began working on my journal for the previous day. At times it was challenging for me to put all of my thoughts in order. There were so many distractions taking place around the house. As soon as I would start writing, someone would come into the dining room and distract me. There was a lot of positive energy moving around the house, and I wanted to be a part of it. I had to force myself to find time to write in my journal.

Sam and I went to grab a bite to eat around no one and returned later that afternoon and decided to take a long hike up into the hills, behind Sam’s house. It was a perfect day for a hike; overcast with short periods of light rain. 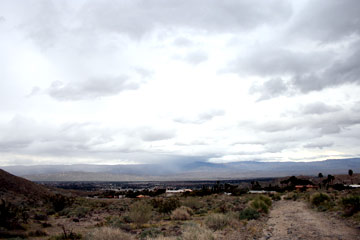 The hike turned out to be very exhilarating, and we made it back to Sam’s place right at dusk. A couple of hours later all of the clouds disappeared, and a bright, full moon came up over the horizon. I stood silently in Sam’s backyard, looking up at the night sky. Off in the distance, I could hear an owl calling out across the desert. It was pretty magical, and I was happy to be where I was at that very moment.

Before I went to bed that night, I took a moment to reflect on my visit with Sam. The two of us got along so well. Out of pure curiosity, I decided to run our Destiny Card compatibility report. Here’s what our chart had to say about our new friendship:

First Connection | Chris owes Sam in a Karmic Relationship
This is a unique and powerful connection that guarantees that this relationship is very important to Chris and Sam. There are certain Birth Cards that, because of their position relative to each other, are known to be ‘Karma Cards’. Those who are Karma Cards are much like those who have the same Birth Cards because they have a lot in common. However, this connection also guarantees that these two have been together before in a way that left some outstanding debt incomplete. Therefore they are drawn together again to help settle this imbalance on a cosmic level.

This does not mean that this relationship has any sort of negative connotation because of this supposed debt. Everything that happens in the universe is regulated by the law of cause and effect. This relationship can be a natural expression of this law, providing that Chris and Sam allow it to be.

The implication here is that energy of some form is meant to be transferred from Chris to Sam. Just what the form of that energy is will be determined by the particulars of their relationship. In general, it is best for Chris to be willing to give whenever called upon. Other connections between Chris and Sam will help define what that giving is and how easy or difficult this relationship may be for both partners. But, for giving to be successful, Sam must also be willing and able to receive. In truth, receiving and giving are one and the same. If either Chris or Sam does not allow this exchange to take place, there will be friction created in the relationship.

It has often been observed that people in Karma Card relationships either get along famously or not. When they are not, it is because this exchange is being hampered by one or both of the partners. If Sam is unable to receive, he will, in his own way, be undermining the potential of this relationship. The same can be said of Chris if he is unwilling to give. So, both partners must be open to this exchange and participate in it. When they do, this relationship will take on a magical tone. This is one of the connections in which a very high degree of intimacy can be reached.

Much like people with the same Birth Cards, Chris and Sam share many of the same traits. Though they themselves may not see it as well as someone outside the relationship, they share common talents, abilities, personal issues and challenges. There can be a sense of ‘sameness’ and unity that makes them both feel and think that this is the way a relationship should be. This could be compared to people who are twins to some degree. Much in the same way that twins can feel each other’s feelings and read each other’s minds, Chris and Sam are likely to be connected psychically and mentally. Greater depths of closeness are possible in this relationship and Chris and Sam have the opportunity to experience a unique level of togetherness.

In fact, Sam is a strong mirror of Chris. In some cases, this mirror may be a factor in creating some friction in the relationship, especially if Chris does not see just how much he is like Sam. Because Chris’ card is the giving card in this connection, he bears more of the responsibility for owning his personal ‘stuff’. If Sam makes him angry, he must be the one to look at his anger closely to find the fault within him, and not direct his anger towards Sam. Other connections between Chris and Sam will add different elements to their relationship and the combination of them all will be a more accurate description of it than just this one connection. However, this Karma Card connection is one that is the most important of them all and describes one of their most important reasons for being together.

This connection has definite ‘fate potential’, meaning that Chris and Sam may have had little choice in their being drawn together, at least for a while. By being aware of the energetic elements of this connection they can each benefit greatly from the opportunity it presents. Copyright Book of Destiny | ORDER AT WWW.ABOUTYOURBIRTHDAY.COM

Second Connection | Chris is the Pluto Card to Sam
Location: Life Spread | Chris and Sam share a very powerful connection that is sure to affect them both in a powerful way. However, it will affect Sam the most as the Pluto energy is directed at him. Someone who is our Pluto Card has qualities and character traits that will challenge us and inspire us to change ourselves, whether we like it or not. When we attract someone who is our Pluto Card, it is as if we have a secret desire to make some important changes in our life and need the reflection that someone else can offer us in order to effect this change. And this is what it is for Sam because Chris is a transformative influence in his life.

This connection often produces a powerful attraction, especially at the beginning of the relationship. It can seem to be a magnetic energy or even fate, that draws them together. It has even been associated with obsessive or compulsive behaviors of various kinds, however, this is in extreme cases. The attraction may be compared to the attraction of a moth to a flame because ultimately our Pluto person will cause us to burn in the fires of our own personal transformation.

It may be that Sam feels that he would like to be like Chris in some way. Many times our Pluto Card represents qualities that we would like to have, but haven’t been able to achieve for some reason. Sam may admire many of Chris’ qualities and secretly wish that he were more like him. And indeed, Chris’ presence in Sam’s life will serve to accelerate his own process of change that will help him achieve those things he wants. But keep in mind that Pluto is the planet of transformation. This means that something within us must die in order for something that we want to be born anew. Most of us are afraid of death, even the smallest deaths in our life that make way for a new us. This may be the case with Sam, who has attracted this transformative person into his life. And if so, this connection could produce some dramatic effects.

It would not be surprising then if Sam resisted the changes inspired by Chris in his life. He may even get into arguments or fights with Chris. When a strong Pluto influence is in our life, we often feel confronted on many levels.

This can make us feel threatened or angry. Some Pluto relationships can even become violent if the person receiving the Pluto energy unconsciously blames their partner for the feelings that are inspired by this connection. When Pluto energy is expressed on the negative side, we may feel that our very existence is threatened at times. Unless we have consciously made the choice to make this change within us, we may resist and lash out at whoever stimulated us, thinking that they are the cause of our problems.

The Pluto connection is about making some fundamental changes in our life. The actual number and suit of Chris’ card involved in this connection may indicate the nature of the changes that Sam needs or wants to make within himself. If Sam has already realized that he needs to change in some areas, he is probably already aware of Chris’ importance in his life. And often the changes that are needed can take a number of years to effect. So this may be one, if not the, most important relationship of Sam’s life. Chris will be affected as well, simply by being the witness to Sam’s going through the transformation. And ultimately, this relationship can be of the highest value to both of them. Copyright Book of Destiny. I went to bed that night wondering what the next day would bring. – Copyright Book of Destiny