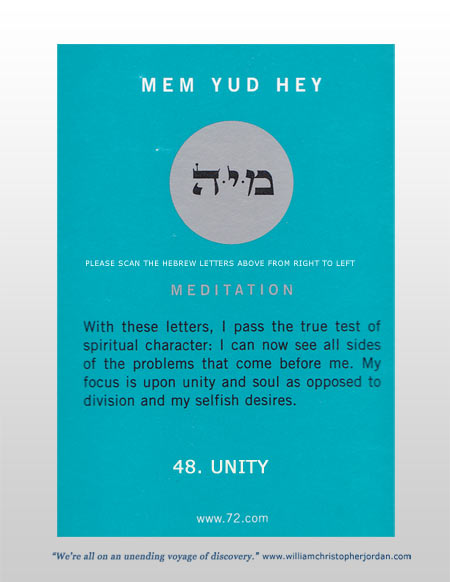 I woke up feeling the sudden urge to drive to my hometown to see my family but talked myself out of it. I wanted the timing to be perfect, so I had to be very patient.

Upon checking my email, I received a message from Lee in Palm Springs stating that everyone was just fine. His email read, “Strangely, I was standing by Sam and a few other friends when the earthquake hit. Everyone is okay.” I was happy to know that everyone was safe.

After I got my morning started, I drove to a nearby restaurant for breakfast. I had this strange craving for a big bowl of grits. I couldn’t remember the last time I had grits. They were so delicious I ordered a second helping. After I had my fill, I returned to my campground to pay for another night, and to do some much-needed laundry. I decided to take everything out of my truck and clean it from top to bottom.

While my clothes were washing, I asked one of the campground attendants if he knew of any nearby bike trails, and he directed me to the Raccoon Mountain Pumped-Storage Plant, which was on top of Raccoon Mountain, just a mile up the road.

I finished my laundry and set out for a bike ride. When I got to the top of Raccoon Mountain, I looked out over the Tennessee River Gorge. It was quite impressive. 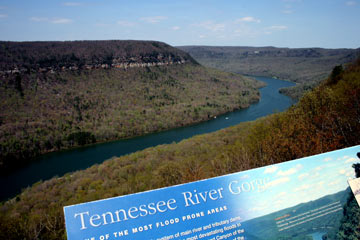 I then made a soul connection with one of the volunteers at the visitors center, and she and I talked for at least a good thirty minutes. I asked her if there was a way that I could perhaps volunteer for a day while I was in the area. She said I had to go through orientation and some extensive training so that it would take more than just a day or two. Disappointed, I decided to keep myself open for other volunteer opportunities during the rest of my journey.

I then set off on my bike ride around the reservoir. I believe the temperature was around 85 degrees, if not warmer. 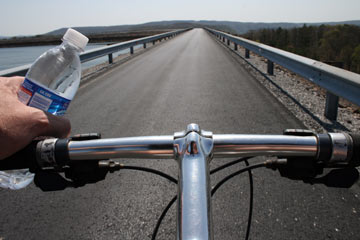 At one point while I was biking on the road around the reservoir, a butterfly came up and flew beside me for at least fifty yards or so. Luckily, I was able to take the following photo. 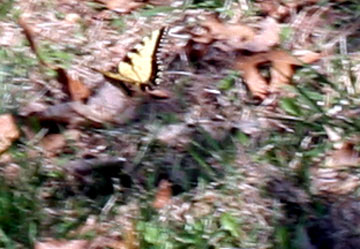 In addition to the paved road, they also had a ten-mile dirt trail around the mountain. I rode this trail for a while before getting back on the paved road. 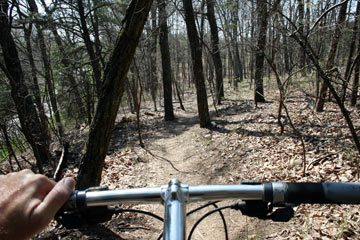 At one point I came to this beautiful spot overlooking downtown Chattanooga. 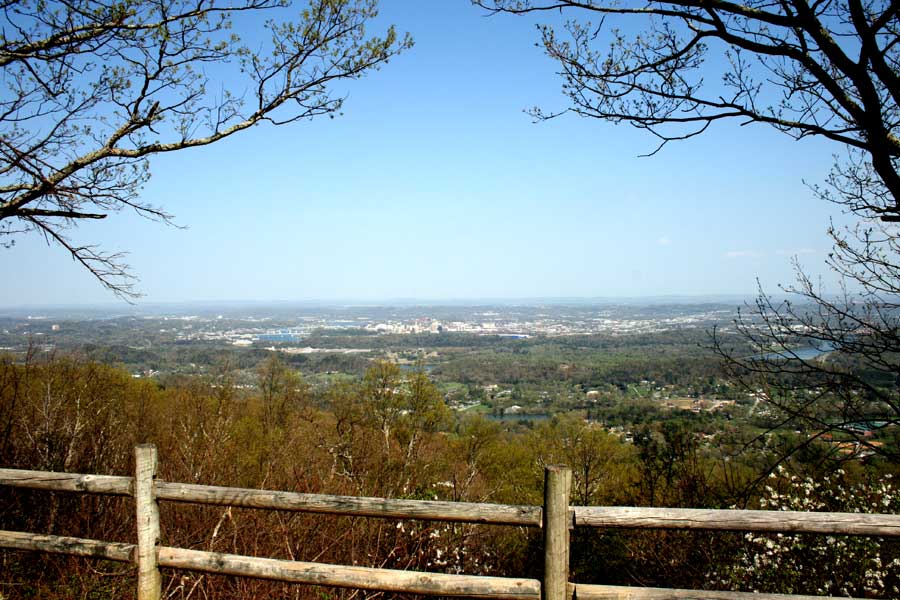 And with that, I finished my bike ride and returned to my campsite. 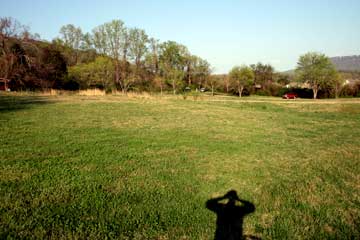 Later that evening I drove into Chattanooga to do some exploring and decided that I would take another bike ride through the downtown area the following morning.

Before I went to bed, I did my daily meditation for the second time.

As I completed day forty-eight, I realized I had finished two-thirds of my journey. I was now on the homestretch.

Up until this point in my life, I had lived my life believing that there was this spiritual presence guiding my life and watching over me. For lack of a better word, I called that presence of God. I still could not figure, however, why this God would watch over me, and not everyone on the planet. After all, we’re all the same and equal, or are we? I had to come to realize that we were all walking different paths and needed God in different ways.

Since I had gotten so wrapped up in the memories of my mother I had neglected to truly focus on meditation number forty-five. Before I set out on the last twenty-four days of my journey, I took a moment to focus on this meditation with all of my heart and all of my soul.