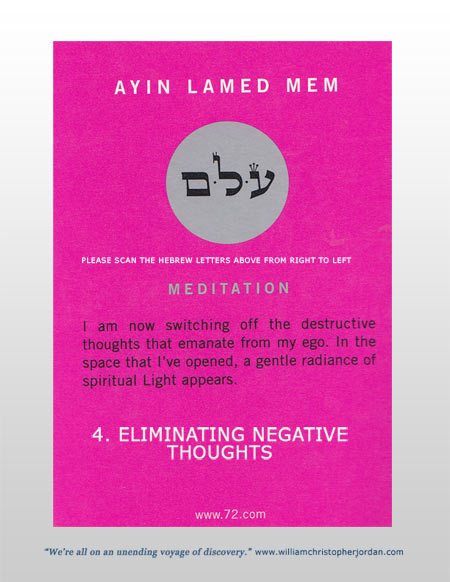 I started the morning my performing my daily meditation on the left.

Here comes another gray, gloomy, chilly morning. That was the first thing I thought when I took a look outside and noticed the weather. When I checked the 10-day forecast, it showed nothing but rain, rain and more rain for central California.

And to top things off, I was missing Oregon and starting to second-guess my leaving Portland. It was just one of those mornings that I knew I had to get through and shake off. I instantly turned my thoughts around and started focusing on the daily tasks at hand. I knew I didn’t want to hang out in Eureka, so I had to figure where to head next. All I knew is that I wanted to go south where it was warmer and sunnier.

Before I left town, I did manage to drive around Old Town Eureka to take in a few sites, but nothing caught my eye except the mural painted on the back of the Arkley Center for the Performing Arts. It was beautiful and very well done. 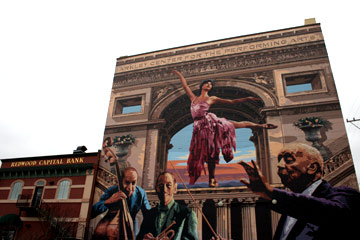 I left Eureka moments later and resumed my drive down the US. Highway 101. About an hour later I arrived at the Humboldt Redwoods State Park. Once I arrived in the park, I got off the main highway and took the scenic route, appropriately named, Avenue of the Giants.

I spent the next thirty minutes driving through the park and witnessing some fantastic Redwoods. I got out several times and took various hikes through the forest. I attempted to take several photographs, but it was tough to capture the beauty and size of the trees with my camera. It was just too dark, and the flash on my camera was not strong enough to reach. I did manage, however, to take a beautiful photograph of my red chariot, which was sitting there patiently waiting for its charioteer. As I approached the vehicle, I was amazed at how my chariot appeared dwarfed in appearance by the massive Redwoods. 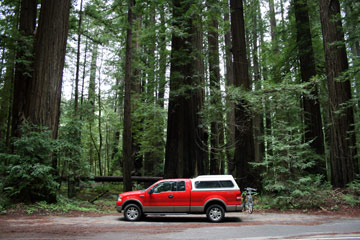 After I left the park I spent the next hour and a half driving to Laytonville, California, where I stopped to fill up with gas and grab a bite to eat at one of the local Mexican restaurants.

I continued my drive south through Willits, Ukiah, Cloverdale and finally stopped for the night in Healdsburg, California. Suddenly, I found myself right smack dab in the middle of California Wine Country. I could not have felt more out of place. I knew nothing about wine and I rarely, if ever, drunk it.

That evening, after checking into my hotel, I decided to drive over to a small town near the coast called, Guerneville. To make a long story short, I ran into a guy that I had met through a friend of mine nearly twenty-five years ago.

The last time I had met Dan was on a hot, summer day in the mid-to-late eighties, in Wrightsville Beach, North Carolina. One of my best friends was friends with one of Dan’s best friends, and it was through that connection that Dan and I briefly met. The only thing I distinctly remember about that day was riding with Dan on his jet ski in the bay directly behind Wrightsville Beach. I also remember Dan’s mother being amiable. She was always asking if anyone needed anything to eat or drink and did her best to make sure everyone was comfortable at all times. The rest of that day was a complete blur, so it was amazing to me that I even remembered Dan, much less recognized him. But for some strange reason, I did, and we reconnected instantly.

We spent the next hour or so catching up on all of our friends and reminiscing about North Carolina, and remembering our friend John who had died of AIDS back in 1992. We sat and talked for a very long time, but as it was getting late, I told Dan that I needed to start my trek back to Healdsburg. We made a point to exchange cell phone numbers and planned to spend the following day together.