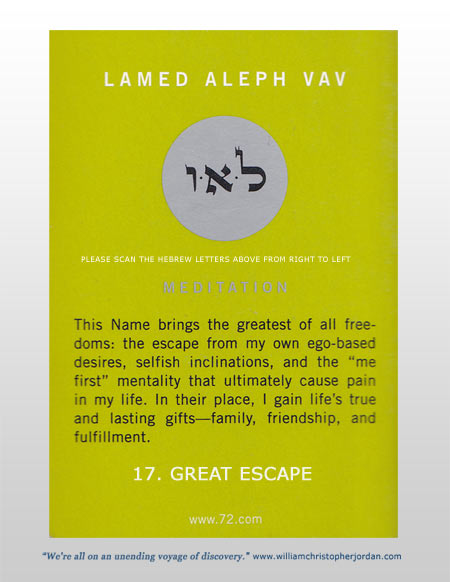 I was relieved when I woke and felt like my usual self, but I was still in an extraordinary mood. So was Sam. This day was the first day that Sam and I seemed to crowd each other out. As soon as I felt his energy, I decided to spend the day on my own.

The first thing that I did was grab a bite to eat, and then I stopped at Target to replenish my traveling supplies, which included bottled water, cereal, and protein bars.

After that, I drove over to Lee’s new art gallery in Palm Desert. He had asked me to stop by and see all of the original, very expensive artwork that he had hung in his gallery. He was so excited about it; I just had to stop by and check it out.

I had never been to Palm Desert but had heard about it from a friend of mine in Portland. He was from there. After being there for only five minutes, I felt entirely out of place. Everyone was dressed up in beautiful clothes and driving expensive cars, and I was wearing sweats and a t-shirt. I almost turned around and headed back to Palm Springs, but I decided to visit Lee’s art gallery anyway.

I was completely blown away by Lee’s collection of art. It was really, really nice and very tasteful. I took the time to walk through the entire gallery and made a point to look at every piece of art. I think the most expensive piece was $275,000.00. Wow!

I spoke to Lee for a brief moment before I headed back to Sam’s. When I arrived back at Sam’s, he was working in the yard, and I felt a little guilty that I hadn’t been there to help him. We talked for a few minutes, and about an hour later Lee showed up unexpectedly to take me out to dinner.

Lee and I went out for drinks and a nice dinner and then went back to his place to do another brief card reading. He had a few more questions that he wanted to ask and I was more than happy to help.

As I sat across the table from Lee and listened to him go on about his beautiful, complicated life, I sat there genuinely amazed at what I was feeling for him. The love just started pouring out of me and flowing directly towards him. As he shared most of his concerns and his true feelings about various things that were going on in his life, my heart just reached across the table and surrounded him with love. I couldn’t resist myself. I wondered if it had something to do with the love we shared from a past life. From one soul to another, it was still powerful. A part of me could have stayed there and listened to him talk all night.

The reading went on, and before we both realized it, it was 12:30 in the morning.

Lee stood up and walked over to my side of the table and began putting on his shoes. I grabbed him and hugged him for at least a minute or two. Again, I couldn’t resist myself. I just wanted him to feel the love that I felt for him. I also wanted to heal all of the pain that he was sharing during the reading. The love that I gave him came directly back to me. It was instantaneous. In that moment of sharing, I got another glimpse of God.

Lee drove me back to Sam’s place and asked me if I wanted to do something the following night. I told him that I would think about it and would let him know the next day.

I walked back into Sam’s house and caught Sam right as he was about to go to bed. We sat up and visited for a while, and then retired to our rooms to go to sleep.