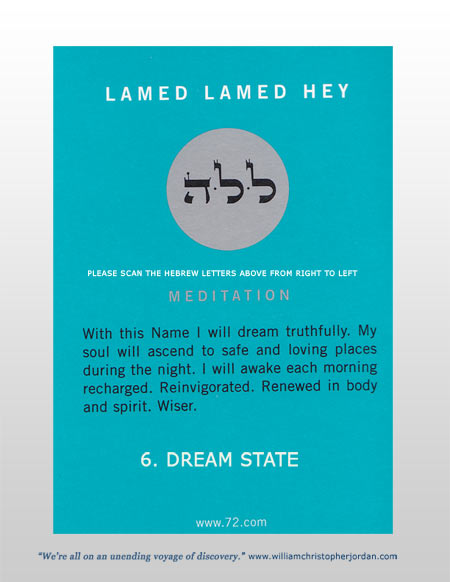 I woke up Monday morning feeling refreshed. I walked out onto Dan’s deck overlooking the Russian River and the morning fog was starting to burn off from the night before. 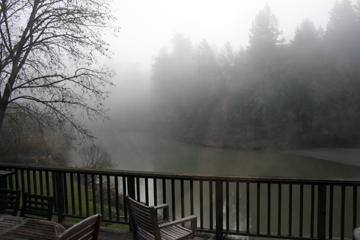 I checked my email and remembered that my favorite poet had sent me another poem the night before:

With a happy smile on your face
You greet each and every new place,
Deer on the ground, trees all around
Birds in the air, all nature abounds
And Chris is at peace in his space.

It was another excellent start to a new day. A few moments later Dan joined me in the kitchen and confirmed that he was able to take the day off so we could do driving up the coast. I was so grateful to have his companionship for the day, and for my time in Guerneville. 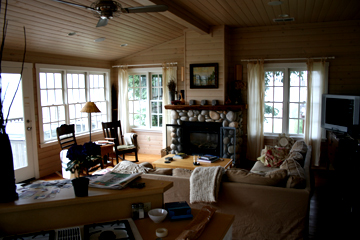 Although they were calling for rain a couple of days earlier, it ended up being a day of nothing but blue skies and sunshine. We journeyed back to Dan’s favorite pastry shop and then continued to the coast. We headed north up the US. Highway 1 and then we turned inland and enjoyed a beautiful drive through the California countryside. We visited some places that reminded us both of the North Carolina countrysides. 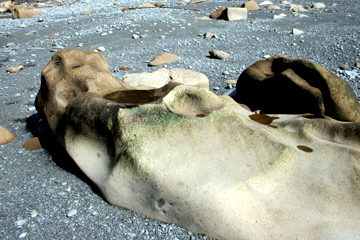 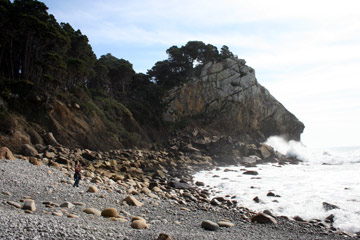 We eventually circled back around and made our way back to the coastline. We visited a place called Fisk Mill Cove, where we explored tide pools and picked up seashells and various rocks with really unique formations. The rock in the following photo was about the size of a large car. It looked more like a sculpture than an ordinary rock.

It was at this point that Dan and I started taking “Find Dan in the Photo” pictures. We both were enjoying a very carefree day. Try to locate Dan in the photos below.

After a great day exploring the coast we returned to Guerneville for a quick bite to eat, and then Dan had to head back to San Francisco for a late dinner date. I missed his companionship the moment he pulled out of his driveway.

Dan generously gave me the keys to his house and told me to make myself comfortable for the night. I stayed behind and spent the evening updating my journal and preparing for my departure the following morning.

I took the days meditation to sleep with me that night and waited to see if my dreams revealed anything new.