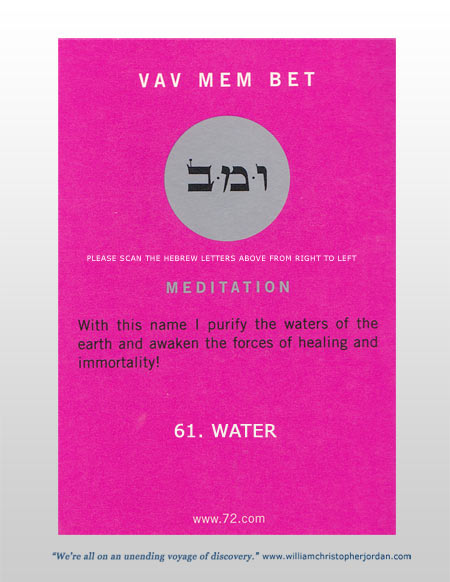 I woke up approximately eight hours after falling asleep and took a few minutes just to lay around to thaw out. It was a very chilly morning.

After I got warmed up and began moving around, I packed up my truck and prepared for my departure for Roanoke, Virginia. After a nice, hot shower, I sat around for about an hour and visited with my family and then I hit the road.

I headed towards downtown Galax, merged onto highway 89 and then took the Blue Ridge Parkway going north. It was a beautiful, sunny day.

Before long I came to an overlook that looked out over southwestern Virginia and northwestern North Carolina. From the parkway, I could see Pilot Mountain, the park I had camped at before reuniting with my family. 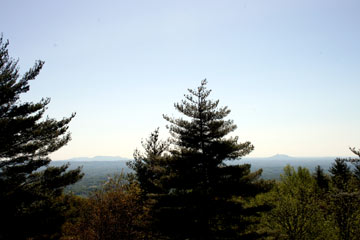 I arrived in Roanoke, Virginia several hours later. I saw plenty of butterfly’s and a couple of wild turkeys during my drive, but no direct visits from any wildlife. It was a tranquil day.

Once I arrived in Roanoke, I contacted my online friend, Jake and the two of us met at a downtown location. I followed him back to his house where he dropped off his car, and then he got in my truck for a drive around town.

Our first stop was the Roanoke Star. 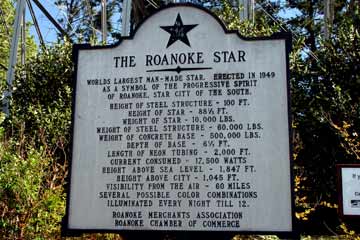 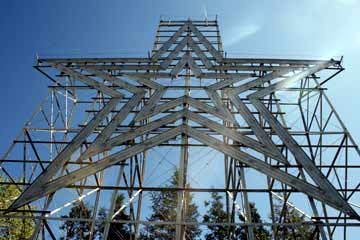 The view from the Roanoke Star, looking out over Roanoke and the Roanoke Valley, was quite spectacular. It reminded me of the west hills in Portland, Oregon. 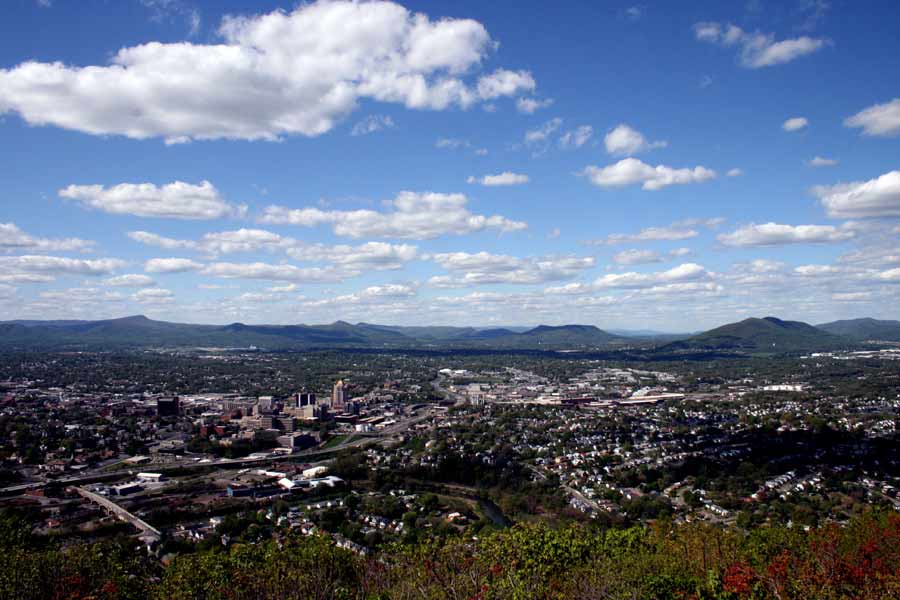 I told Jake that I needed to be near water and asked him to take me to a park that had a nearby stream, pond or lake. We ended up in a park with a tiny, quiet stream running through it. I asked Jake if he was interested in a card reading and when he said yes, the two of us sat down at a nearby picnic table and proceeded to do a reading. 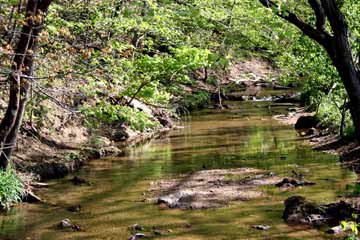 The reason I offered to do a reading for Jake was because of the following connection in our Destiny Card Compatibility Chart, which I had checked the day before after asking him for his birthday. It seems I owed Jake something and I wanted to make the most of our time together. Doing a reading for him was my way of giving something to Jake.

In this relationship the energy is flowing from Chris to Jake. This means that he will be giving something, perhaps many things, to Jake over the duration of their relationship. This is a karmic connection, which implies that Chris and Jake have been together before and in that lifetime, left some unfinished business between them. This does not imply any negative sort of connection. On the contrary, Karma Cousin relationships often have a nice feeling to them of mutual sharing and support. However, there is a definite flow from Chris to Jake of some specific things.

One of those things might be acknowledgment. It is likely that Chris needs to acknowledge Jake in some way. This acknowledgment may actually provide a valuable key that will open doors for Chris, even though they may not realize this at the outset. In giving to Jake he may unlock his own mysteries. We might say that Chris learns from Jake, but that learning must be accepted by him if this relationship is to fulfill its purpose.

It is important to realize that in this relationship there is going to be an exchange of importance between Chris and Jake. If this exchange is hampered in any way, friction and conflict will be the result. Usually, if we see a couple with this connection who are in conflict, we know that one or both of them has done something to cause the flow to stop. However, once this has been recognized, they can rectify the situation fairly easily if they choose to. Chris and Jake should remember this, especially when times of conflict arise. They should also remember that giving and receiving are actually one and the same.

Jake has to be willing to receive just as much as Chris has to be willing to give. If either partner gets blocked up for some reason, the energy of this connection will begin to tear it down. But many relationships go through tearing down phases which are followed by building up, so this is not something to be overly concerned about. Just being and staying together will remedy most situations that come up.

So we see that this relationship probably has an important purpose, and the more that Chris and Jake are together, the greater the chances of this purpose being fulfilled. Other connections between them will help define the overall nature of their being together and could even lend insight into what will be exchanged. What this Karma Cousin connection tells us is that this relationship has the potential to be very important for both of them. – Copyright Book of Destiny | ORDER AT WWW.ABOUTYOURBIRTHDAY.COM

Approximately an hour later, when the reading was over, and Jake had absorbed everything that revealed, he informed me that the reading told him precisely what he needed to hear. He had several ideas that he wanted to get off the ground and wasn’t sure how to go about it. Our reading provided him with some obvious direction. I was so happy that I could help him with his entirely new chapter in life. Judging from the information that came through in the reading, it wasn’t a coincidence that the two of us met when we did.

After our reading, I took Jake back to his house and returned to downtown Roanoke, where I waited for him to meet me once he got several hours of sleep. After dark, I decided to drive back up the hill to the Roanoke Star. I wanted to see the star close-up during the night. 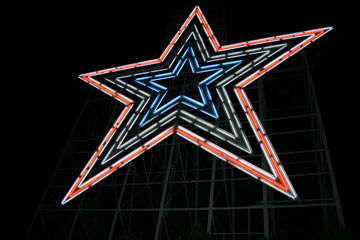 Jake and I reunited at a downtown location, and the two of us went to his place of employment, which was a local hotel. He got me a significant discount on a very nice room for the night. I was entirely grateful for the hotel room, primarily since the temperature was in the mid-30s.

A friend of Jake’s showed up a little later and the three of us sat around in the lobby of the hotel talking about this and that. Although I was pretty tired, I did a very brief reading for Jake’s friend, and then he left around 2:00 AM.

I sat up and visited with Jake until about 3:00 AM and then finally went to bed.