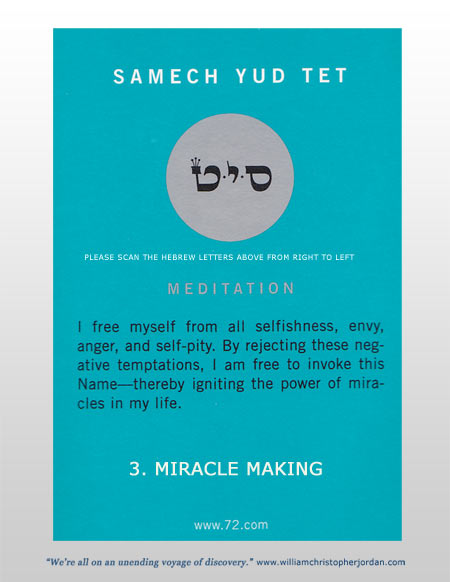 I got out of bed on this morning around 9:00 AM and discovered that the fog had lifted from the night before, but left behind a cloudy, overcast sky. I started out the day feeling somewhat melancholy.

I turned on my computer to check my email and discovered that my friend Casey had written another lovely poem for me:

With Oregon border behind,
Chris wonders what he will find.
With blue Pacific to the west,
A view he likes best
Now, California is next on his mind!

The poem was perfect! I then took a moment to check my daily astrology forecast:

Enlightened Self-interest | February 19 thru March 30, 2010: This time represents the culmination of your efforts to expand the domain of your activities. There is more and more that you want to do, and you resent anything that narrows your freedom and limits your scope of action. The challenge of this influence is to be conscious enough of yourself and of what you are doing so that you can plan intelligently and work effectively with enlightened self-interest as opposed to pure selfishness. As long as you stay within your own limitations – that is, your inherent limitations as a human being and the limitations of your situation or circumstances – you should be extremely successful. The sense of timing of your actions may leave others amazed and sure that you are lucky. But you have succeeded because you have a complete understanding of the situation. Copyright www.astro.com

I wanted to remember this, so I added it to my journal. After my morning bowl of cereal, it was time to get my day started.

The moment my truck hit the highway I took in incredible scenery. I pulled over at the very first viewpoint, got out of my vehicle, hiked around a bluff and made my way to the edge of a cliff. I took a moment to take in the fresh morning air, and as I started to snap a few photographs, noticed a bird flying directly towards me. It flew about 30 yards in front of me, passing me to the north, then circled back around and flew about 20 feet directly overhead. As the bird flew closer, I noticed that it was a hawk. It circled once again, flew back around the bluff, and then disappeared.

It was the perfect greeting from mother nature because, in Native American traditions, Hawk offered the following medicine/wisdom:

I gave thanks to the hawk, hiked back to my truck and continued with my day. 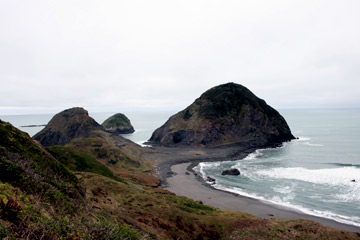 The next 43 miles included one incredible view after another. It was impossible to stop and experience every trail and overlook between Port Orford and Gold Beach, Oregon. So instead of trying to walk down every path, I put on some soothing music, drove about ten mph under the speed limit and took in everything from the road. It made for a very relaxing, peaceful drive. The time passed quickly, and before I knew it, I was crossing the bridge into Gold Beach, Oregon. 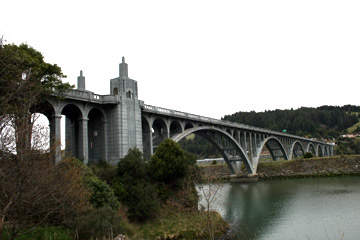 I hung around Gold Beach for a few minutes, before I got back in my truck and continued on to Brookings, Oregon. While visiting Brookings, I stopped at a place called, Mattie’s Pancake House to have breakfast. 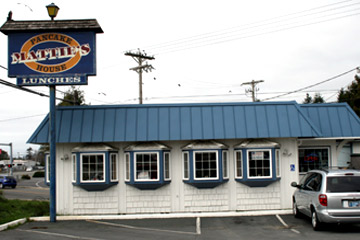 I had my usual veggie omelet with egg whites, light cheese, and dry, whole wheat toast.

After breakfast, I continued south on the US. Highway 101. As I approached an intersection, I looked over to my left and noticed a deer peering right into my truck window. 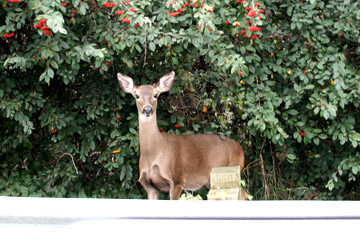 It looked as if it was trying to tell me something. I snapped a picture of it, and the flash from my camera scarred it back into the woods.

In Native American traditions, Deer offered the following medicine/wisdom:Gentleness in word, thought and touch, Ability to listen, Grace and appreciation for the beauty of balance, Understanding of what’s necessary for survival, Power of gratitude and giving, Ability to sacrifice for the higher good, Connection to the woodland goddess, Alternative paths to a goal – Copyright www.animalspirits.com

In addition to my Kabbalah meditations, I took these messages from Mother Nature very seriously.

A few minutes later, just as Casey had predicted in her poem, I crossed the California state line. My next town was Crescent City, California. I by-passed downtown Crescent City and continued my drive down the coastline.

As I approached the first beach on the south side of town, I noticed a car parked on the side of the road with lots of bumper stickers. I pulled over and asked the driver if it was okay for me to take a photograph of the back of his car. He got excited about me asking. This guy had a lot to say and wanted a lot of people to know how he felt about certain things. 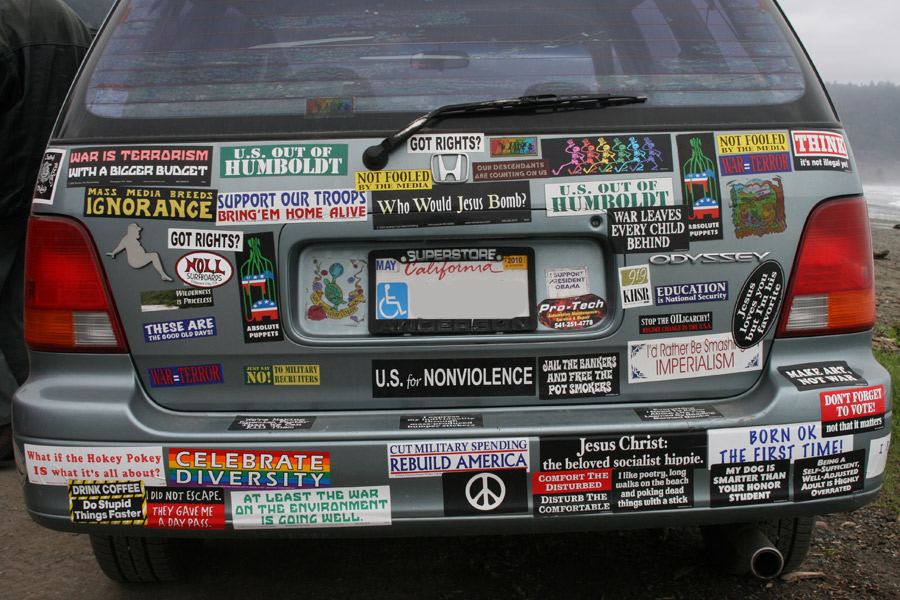 I continued my drive south through the Del Norte Coast State Park, and down the winding Redwood Highway. The Redwood trees were incredibly majestic. At one point I had to pull over to touch one and to take in the view of the Pacific Ocean.

I eventually came to the Klamath River on the Yurok Indian Reservation. I pulled off the highway and drove down a small winding road that followed the banks of the Klamath to the Pacific Ocean. The road curved around and eventually headed up a very sharp hill. As I drove up the mountain, I discovered another hawk sitting in the tree directly above my truck. To see such a beautiful bird so close, in such a sacred place was a real blessing for me. 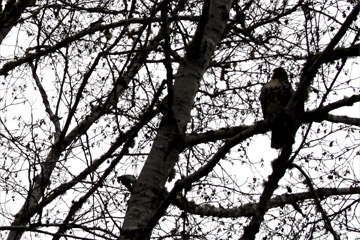 I left the Yurok Indian Reservation and continued my drive until I reached Eureka, California, where I decided to stop for the night. After I settled in for the night, I took a moment to reflect on the day.