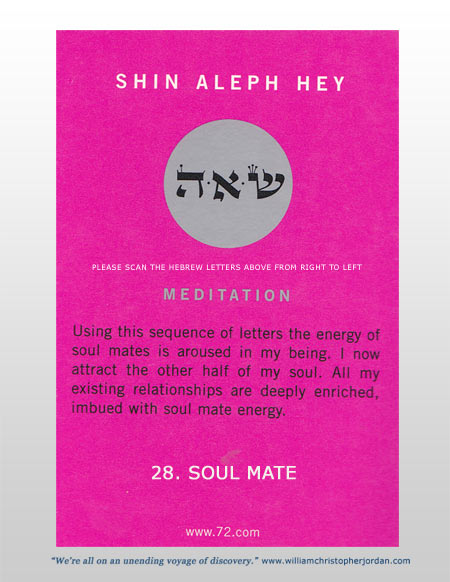 I woke up very confused about which direction to head next. I wanted to visit Big Bend National Park but discovered the night before that all of the campsites were full. The park was full of college students, who were on spring break.

I called my friend, Pam the night before and had her pull some cards for me and after a brief discussion, decided that I should take my chances and go anyway. I decided, however, that I would make my final decision in the morning, after getting an update on the weather.

Another factor that I had to take into consideration was the fact that the roads between Carlsbad and Big Bend were out in the middle of nowhere. I became a bit nervous, mainly because I was traveling by myself. After weighing my options, I decided to throw caution into the wind and once again take a chance.

I departed Carlsbad, New Mexico at 11:00 AM and drove down highway 285, towards Pecos, Texas. It was time to bid farewell to New Mexico.

As I was driving through Texas, I saw my friend the hawk. He had also visited me several times between Silver City and Carlsbad. My imagination had gotten the best of me and convinced me that he had been following me as far back as Oregon, and was watching over me during my journey. Logically, I knew better but either way it was nice to have the companionship

I continued with my drive and arrived in Pecos, Texas shortly afterward. 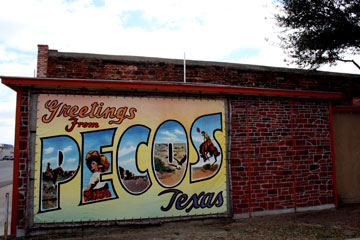 After Pecos, I continued to Ft. Stockton, which intersected with Interstate 10. The drive from Carlsbad to Ft. Stockton was not very exciting. The landscape was relatively flat and nondescript. The great thing about this drive was that it was mostly downhill, which helped conserve gas.

I stopped in Ft. Stockton for a bite to eat and then merged onto highway 385, towards Marathon, Texas. I arrived in Marathon just fine and continued towards Big Bend National Park. I pulled into the park approximately forty-five minutes later. I made it to my destination safely, with plenty of daylight to spare.

The campsites in the park were still full, but there was an RV park eight miles from the park entrance that had plenty of spaces. I drove to that park, registered my truck, had some dinner and then attended an 8:00 PM talk on astronomy. When the speech was over the park ranger took us out to gaze at the stars. The sky was full.

Before I went to bed, I made sure to do my daily meditation. I remembered that at one point during my drive I saw a couple of ducks fly across the highway in front of me.

I needed some companionship, so the day’s meditation was right on time.

I drifted off to sleep about midnight but woke up at 4:30 feeling a little chilly but mostly claustrophobic. I threw on my clothes and crawled out of the back of my truck. It was 37 degrees. The night was completely black, with just one street light shining way off in the distance. I looked up into the sky and saw three times as many stars as before, and suddenly felt very small, insignificant and lost. I asked myself, “What in the world am I doing here?” I was so far away from Oregon and North Carolina, and I didn’t have any way of contacting anyone because my air card wasn’t getting reception and the Internet was limited to just one location in the park, which was over an hour away.

I turned on my truck to heat it and myself up a bit, and then headed to the main store. As I was driving through the RV parking lot, I saw a couple of jackrabbits hopping along in front of me. I sat in front of the store with my motor running. It was 5:00 AM by this point.

Strangely, I didn’t mind being awake at this time of the night. There was something nice about being able to work on my journal in complete darkness and absolute silence. I could feel the presence of God.