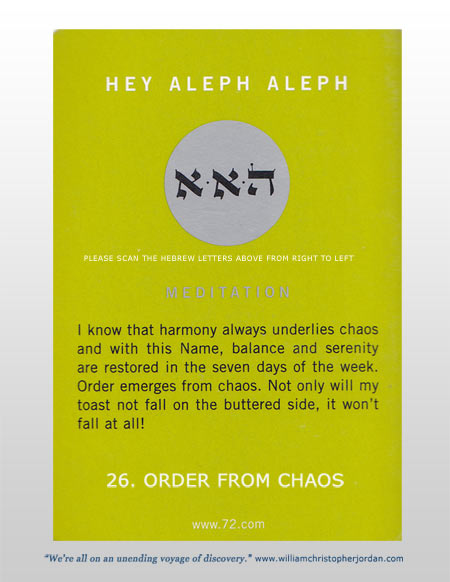 I woke up feeling great and in an excellent mood. I was very excited to get this day started. I was looking forward to my two o’clock meditation, and excited about one of my planned destinations.

I spent a couple of hours in the morning touching up my journal for day twenty-five and enjoying my last grapefruit from Sam’s place back in Palm Springs. Afterward, I headed out to explore more areas of Las Cruces, and to attend my meditation.

I arrived at the Metaphysical Life Enrichment Center (MLEC) on time and experienced the most fantastic meditation, which was lead by the center’s owner. The meditation was perfect. I not only obtained some critical insight, but I was also able to ground myself and replenish some much-needed energy. It also gave me the opportunity to connect with some really incredible souls. I was very grateful for this time.

After I said goodbye to everyone at the MLEC, I headed to Mesilla, New Mexico, which was just on the other side of the interstate from Las Cruces. This little town reminded me of a much smaller Santa Fe. It was so beautiful and alive. People were walking around everywhere. I stood on the corner of one intersection and listened to a live band play, La Bamba. I couldn’t contain myself. I was practically dancing in the street.

After listening to the band for about thirty minutes, I began my stroll around the plaza. It was a magnificent day. 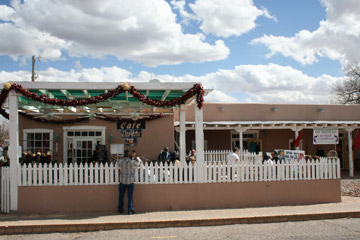 I had a nice time in Mesilla, but it was finally time to roll onto highway 70 and head east, towards Alamogordo, New Mexico. 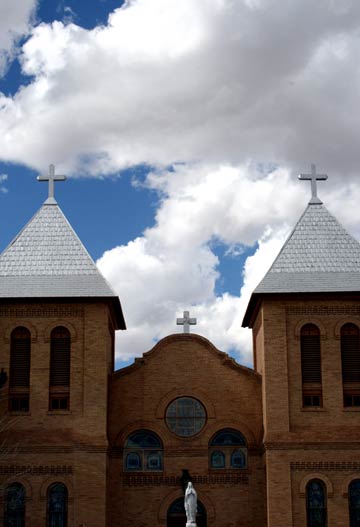 I drove for about an hour until I arrived at White Sands National Monument. I wasn’t sure what my attraction was to this place, or why I wanted to visit so badly, but White Sands had been on my radar for more than ten years. I was so excited when I finally pulled into the park. 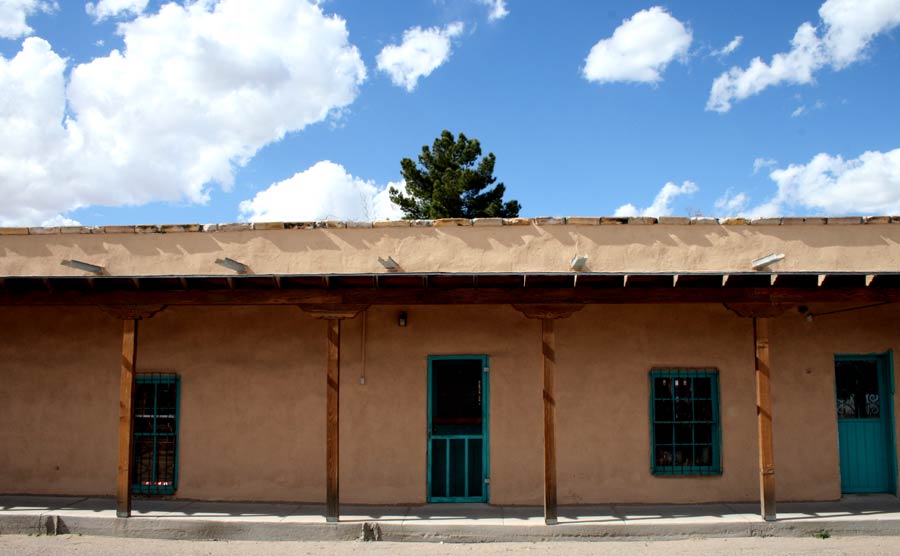 After I paid my entrance fee, I drove to the very end, got out of my truck and took a long hike through the beautiful, white sand. I felt like I was walking on the moon. It was so vast and expansive; it was hard to take it all in. I sat in the sand and dug both hands down into my wrists and said a prayer for everyone that I had met so far on my journey. I prayed for a safe trip going forward, and I gave thanks to the creator. 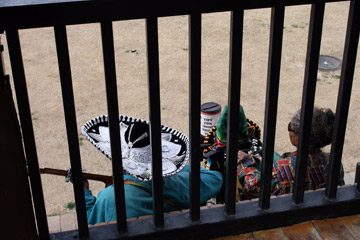 I then started having fun with my shadow and my camera. 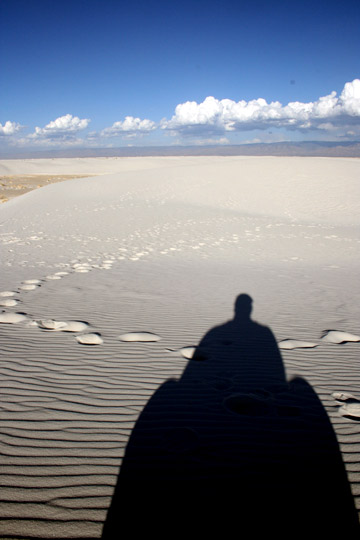 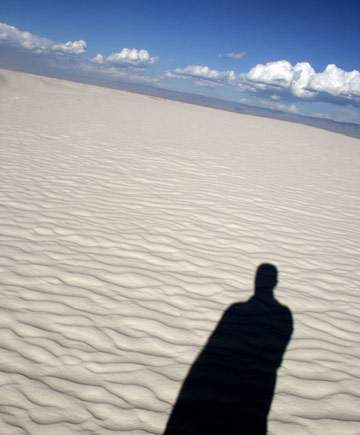 I was so happy, tears rolled down my face, and I began writing messages in the sand. I took the following photos. 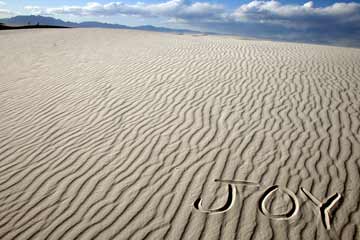 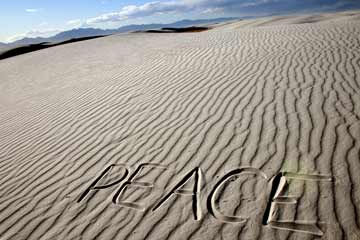 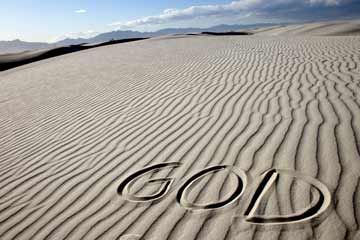 After I finished playing, I continued to walk around the park while I waited for the sun to start setting. While I was exploring this one photo opportunity, a young gentleman appeared over one of the dunes, and I snapped his photo. 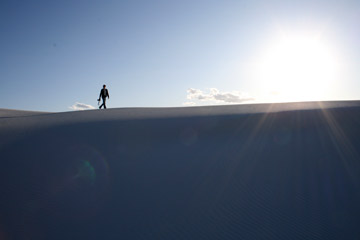 As he approached me, I introduced myself and asked him for his email address so I could email the photo to him later that evening.

After getting acquainted, I learned that he was originally from Russia, but lived in Silver City, NM. He was a geologist and was on assignment in New Mexico, and had lived and traveled all over the world. He brought with him some powerful cameras and appeared to be an amazing, very thoughtful photographer. I loved his accent and facial expressions.

He and I attended the Sunset Tour, which started at 6:15 PM… 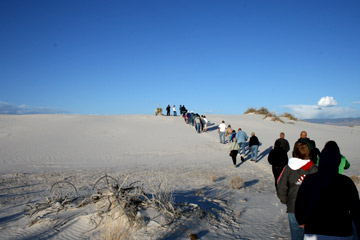 then eventually broke off from the tour and continued taking photos. He went off in one direction, while I headed in another. At one point I looked behind me and discovered that we were about two hundred yards from one another.

I ventured onto one of the highest dunes in the area to take in the sunset and to do some more meditating. I even took my shoes off and stuck my bare feet down into the sand. The sand was so cool and refreshing. 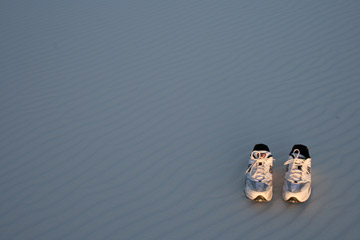 I must have meditated for at least fifteen minutes, or so. I wasn’t sure. I kind of lost track of time. As I was taking one of my last photos, 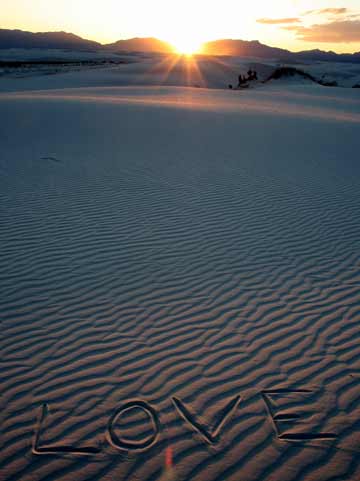 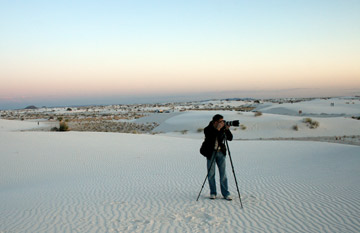 After the sun finished setting, my new friend and I escorted one another to the parking lot, exchanged good-byes and headed off in our separate vehicles. He headed to Silver City, and I headed to Alamogordo.

As I was driving away, I thought how strange life can be that people can share such a brief, significant moment together, drifting in and out of each other’s lives, probably never to be seen again. I wanted to get to know this young man better, but we were headed in different directions.

I arrived in Alamogordo about thirty minutes later. I had a really nice dinner and checked into a really inexpensive motel. It was so intimate I could hear the permanent residents talking through the motel wall. It was kind of comforting, actually.

I worked on my journal and emailed my new friend his photos. I heard from him a few hours later. He had made it to Silver City safely.

I drifted off to sleep sometime later.