12/18/2021 – 2 months and 11 days after the Madame X documentary was released came the Madonna Vs. Sickick – Frozen (Sickick Remix).  (Read the lyrics and click on the following image to play the YouTube video.) 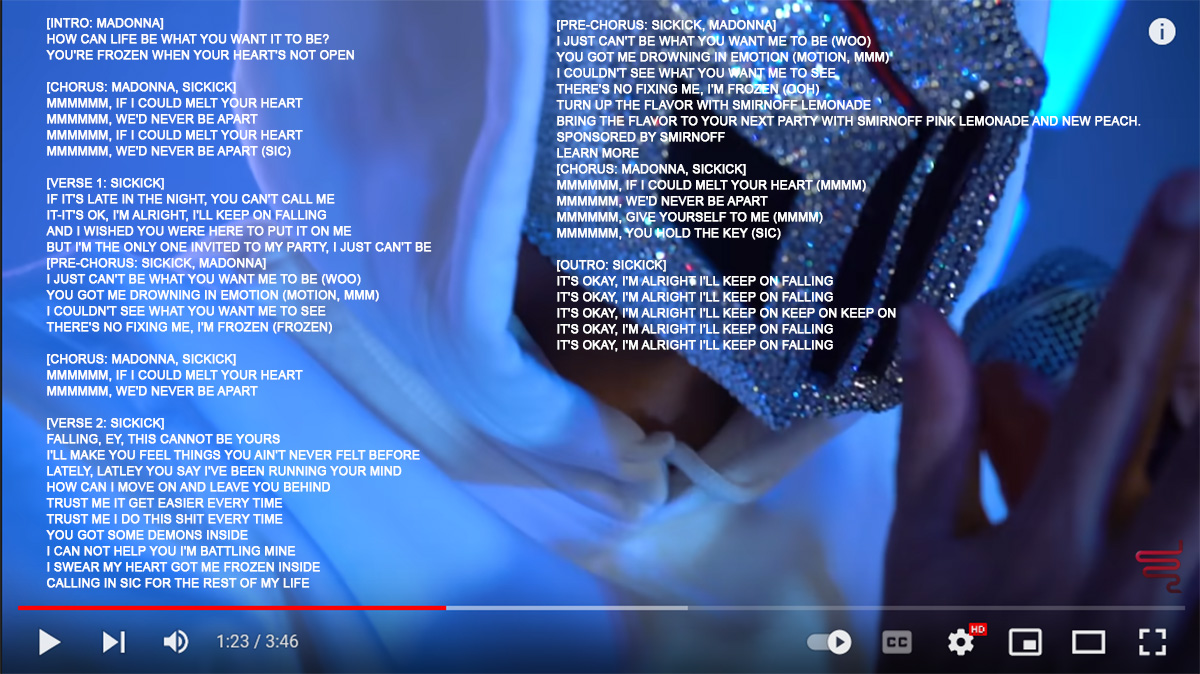 03/10/2022 – 2 months and 21 days after the first remix came the Madonna Vs Sickick – Frozen (Fireboy DML Remix). (Read the lyrics and click on the following image to play the YouTube video.) The image of The Hanged Man in the Tarot appeared at the 2:31 mark, which best explained my life situation at the time. The Hanged Man means: LETTING GO. REVERSAL. SUSPENSION. SACRIFICE 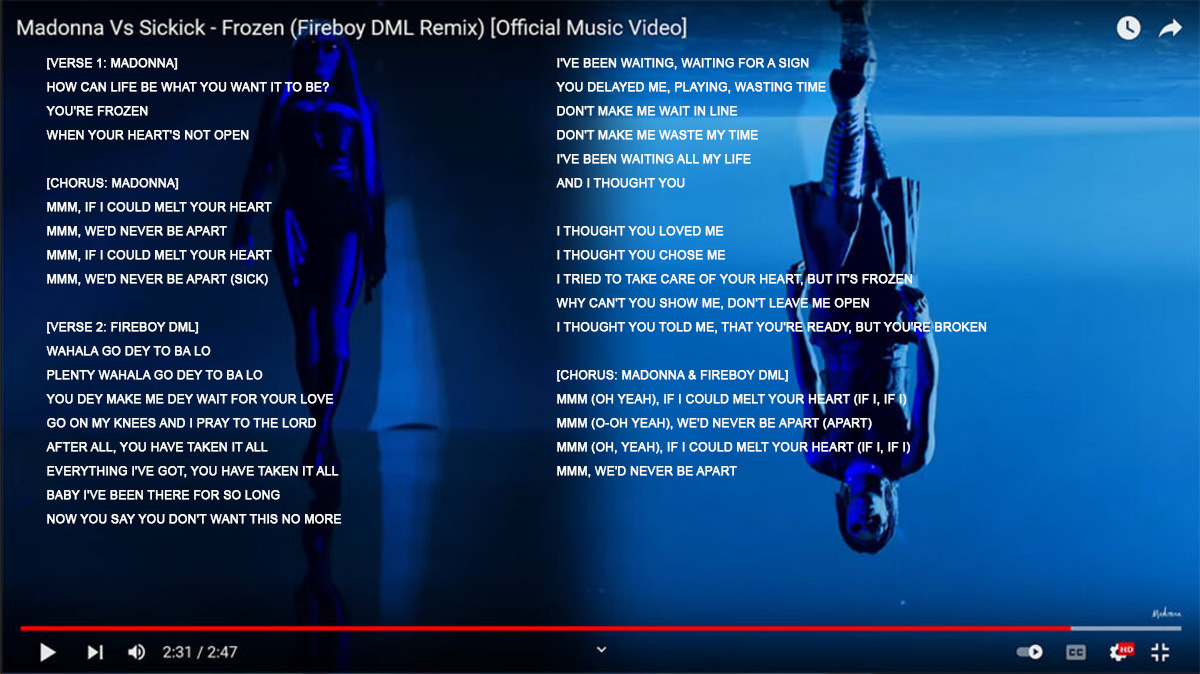 03/30/2022 – The third Madonna Vs Sickick – Frozen (feat. 070 Shake) Remix was released on March 30, 2022. (Read the lyrics and click on the following image to play the YouTube video.) The image at 2:31 also represented the restriction and confinement that I was also experiencing. 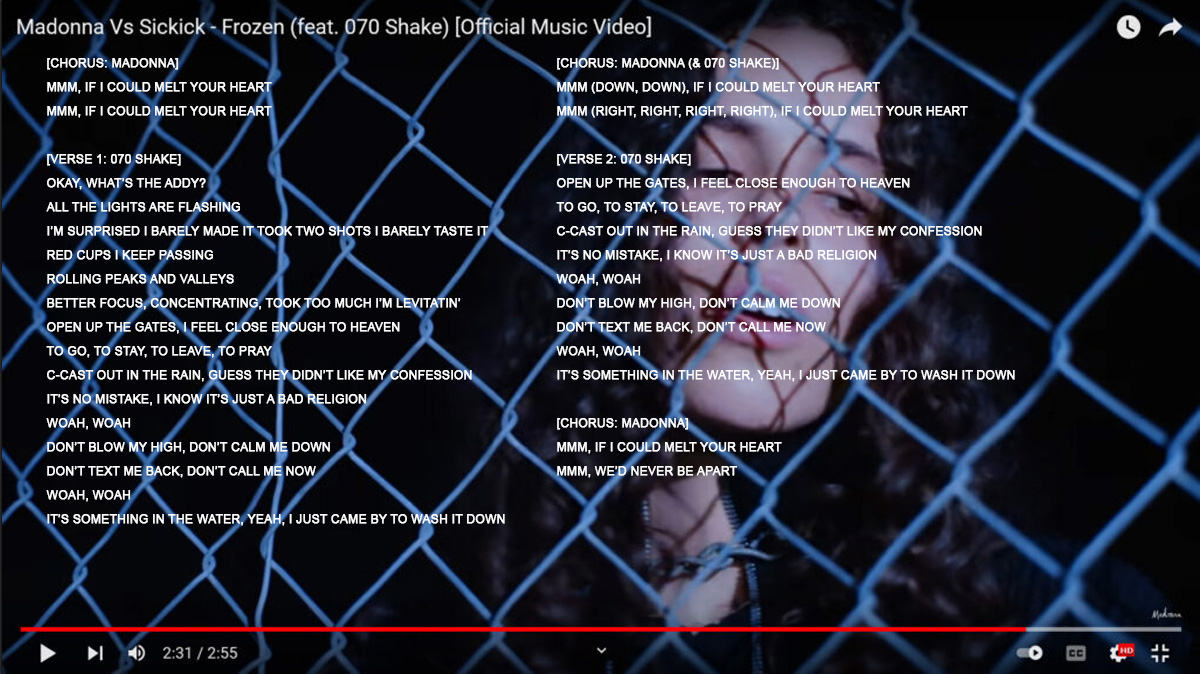 04/30/2022 – The lyrics to those remixes continued to write the soundtrack to my life in a big way. I thought that was the last of this round of hidden messages, but on April 30, 2022, the following live performance with Maluma took place. (Click on the following images to play the YouTube video.) 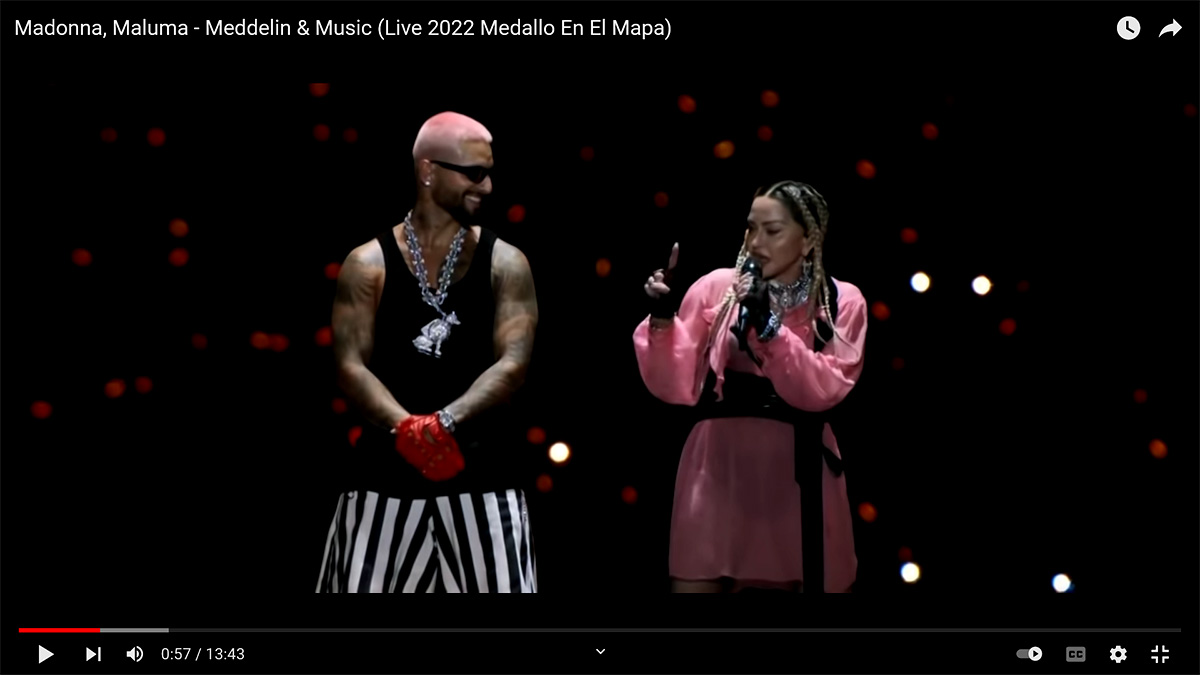 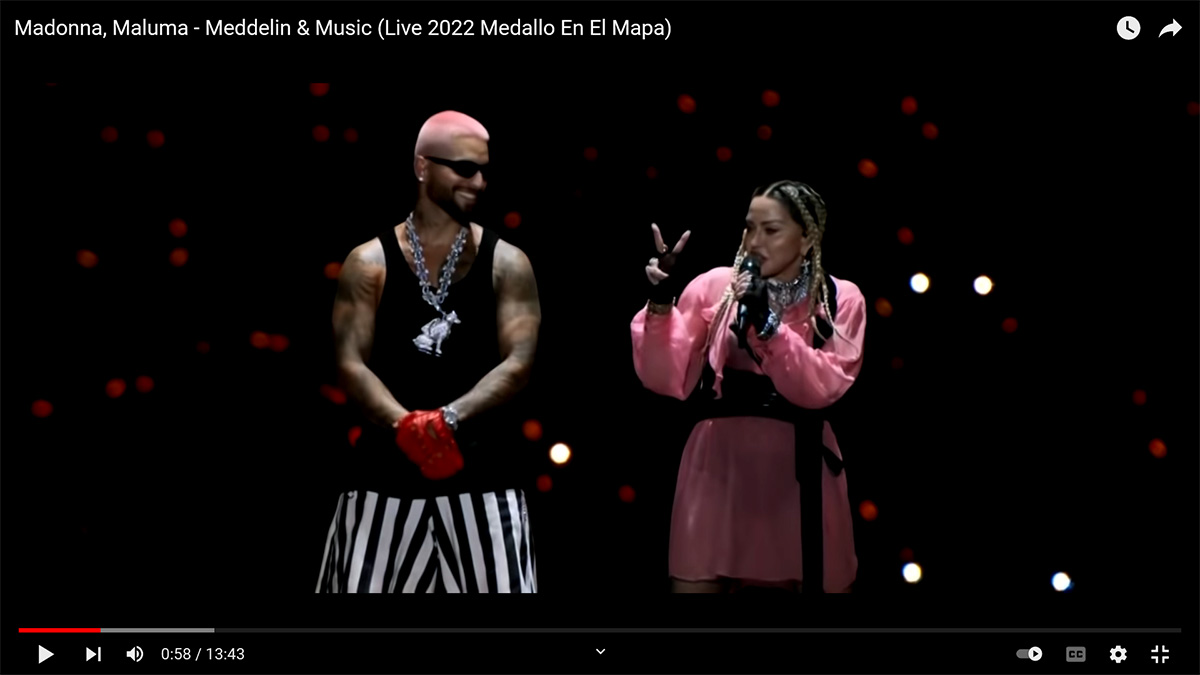 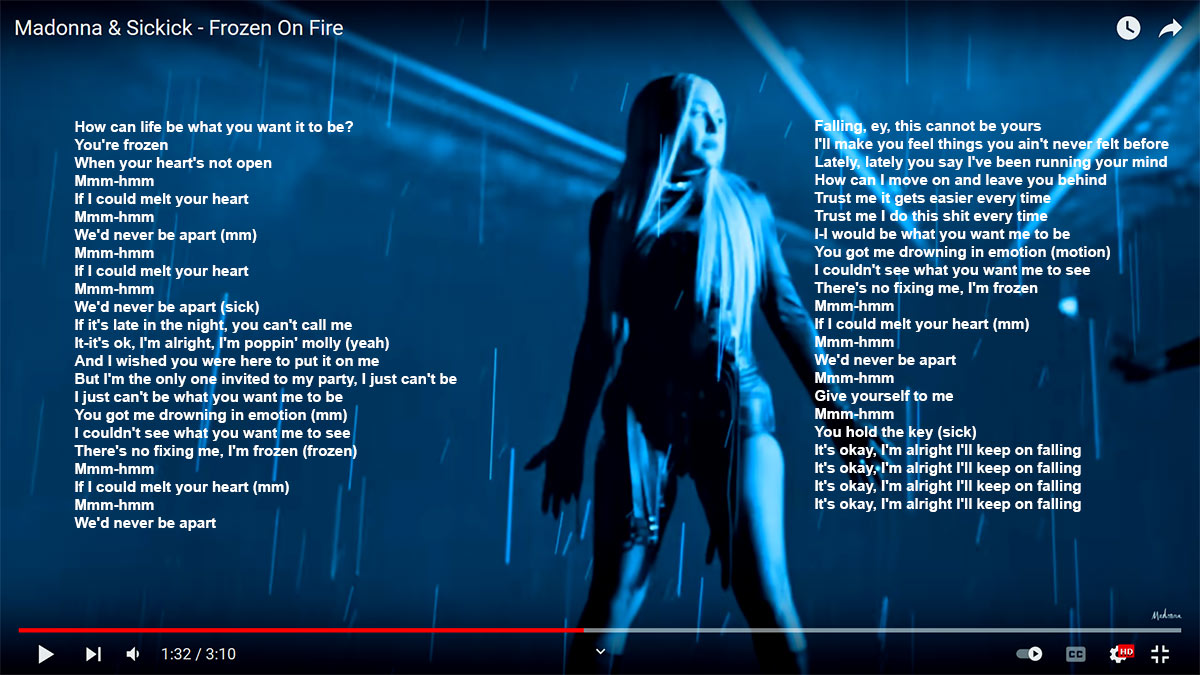 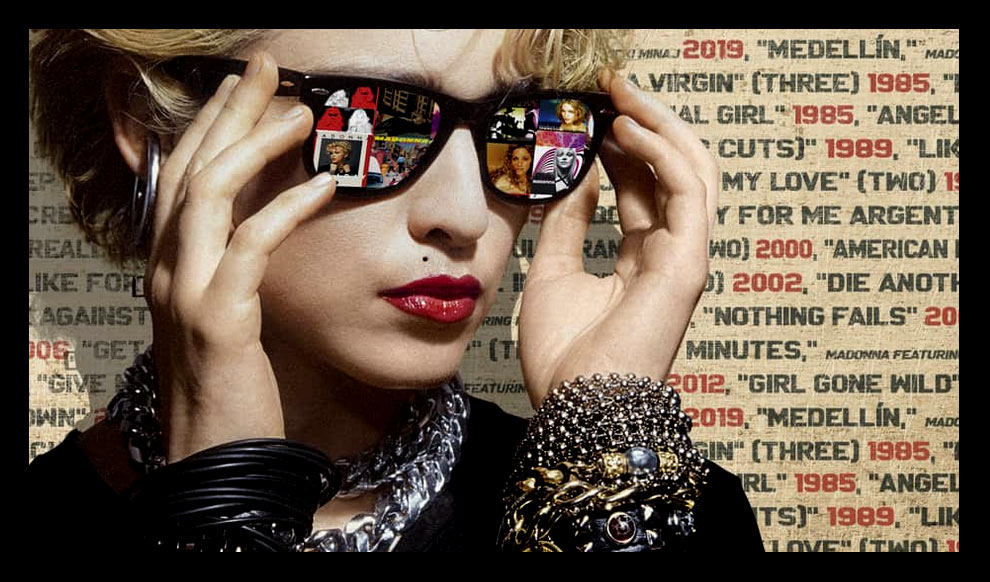 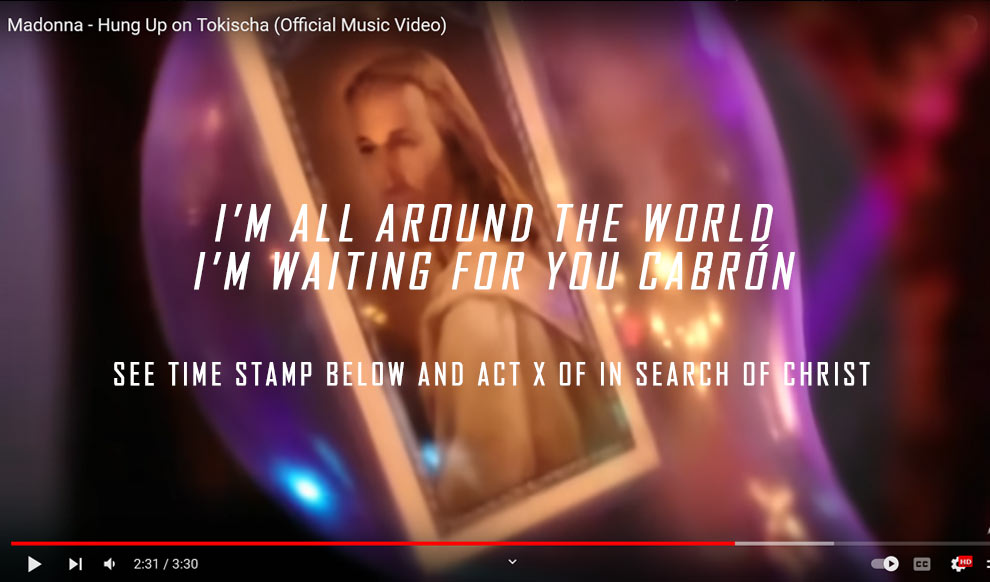 BACK THAT UP TO THE BEAT 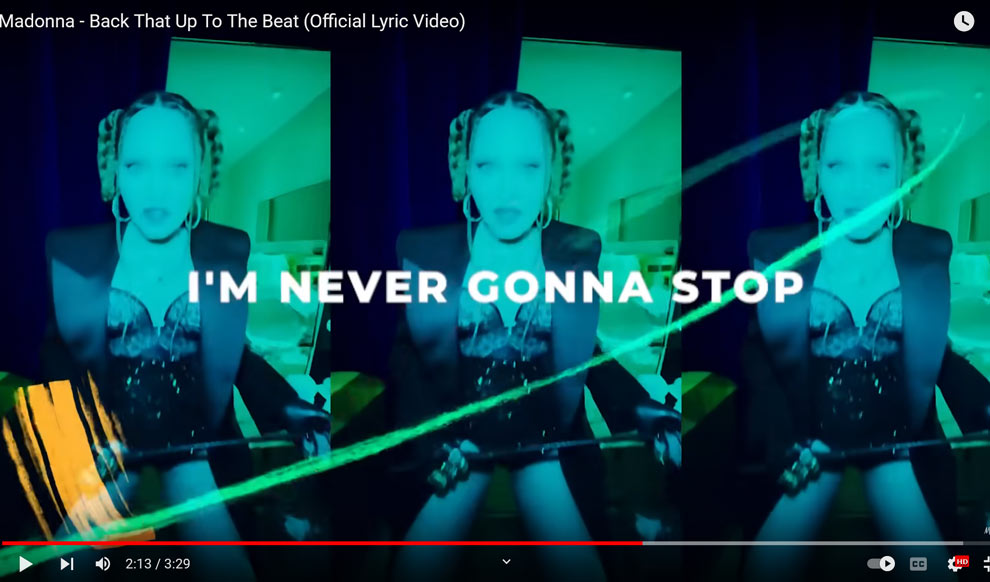 …keep this party going we’ll be dancing ’til we drop.

The Madonna connection was still alive and kicking in 2022 and early 2023.

Click here to become a Patreon member to join the Tale No. 1 – Madonna and Chris chat room.